Starbucks Corporation (NASDAQ: SBUX) stock rose 4.16% on April 8th, 2020 (Source: Google finance) though the company in the U.S., same-store sales have declined 3% during Q2 compared with the previous year, which is on back of very rapid onset of COVID-19 business impacts in the final three weeks of the quarter. However, in China, the other large market for Starbucks, the recovery continued at a faster pace through March after beginning in February. The sales had declined 64% in March compared to a 78% decline in February. In the last week of March, same-store sales decreased by 42%. The disruption to Starbuck’s Chinese operations will lead to decline in the range of $0.15-$0.18 in terms of EPS, as of Q2. Starbucks has withdrawn its outlook for FY 2020 due to the uncertain nature of the COVID-19 crisis and its effects on the company’s global business. The company had $2.5 billion of cash and cash equivalents on its balance sheet at the end of the second quarter. 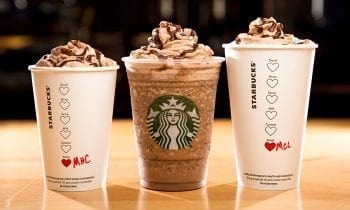 On the other hand, in October, the company had announced a $10 million investment in four established Community Development Financial Institutions to boost the economic opportunities in Chicago. The investment is anticipated to finance more than 500 small business loans that will be focused on supporting entrepreneurs in Chicago’s underserved communities. In November, the company had opened its first-ever Starbucks Pickup store in New York City’s Penn Plaza. This unique location has been designed for the customers on-the-go and uses Starbucks Mobile Order & Pay as the main ordering and payment method.  In November, the company has announced a new flexible benefits program for its partners in China known as Flex Star Benefits. The program enables the partners to make individual benefits selections, which is based on what they need from a variety of options built to underpin its partners enrich themselves, provide better care for loved ones, or make a positive difference to their communities. In November, the company has announced that it will remove single-use plastic straws from nearly 1,500 stores across Japan starting in January 2020. The change is done to start with usage of new paper straws made of responsibly-sourced paper certified by the Forest Stewardship Council and will eliminate an expected 200 million single-use plastic straws annually from Starbucks stores in Japan. For the first quarter of 2020, the company has reported 7% increase in the consolidated net revenues to $7.1 billion.