Cognex Corporation (NASDAQ: CGNX) stock fell over 5.6% on 29th October, 2019 (as of 12:11 pm GMT-4 ; Source: Google finance) after the company posted weak results for the third quarter of FY 19. . The revenue fell due to slowdown in customer spending in the automotive and consumer electronics markets, which is partially offset by strong growth during the quarter in logistics. The revenue from automotive and other industrial markets continued to weaken on a sequential basis. CGNX in the third quarter of FY 19 has reported the adjusted earnings per share of 23 cents, while reported 21 percent fall in the adjusted revenue of $183.3 million in the third quarter of FY 19 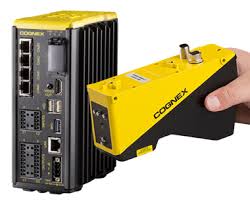 The company has generated cash & cash equivalents of $918 million and has no debt. In the first nine months of 2019, CGNX has generated $185 million in cash from operations. Meanwhile, on October 16, 2019, CGNX had acquired Sualab Co., Ltd. (Sualab), which is a Korea-based developer of vision software using deep learning for industrial applications, for the total purchase price of approximately $195 million. At the time of purchase, CGNX had paid out $171 million in cash and the remaining $24 million has been deferred until a later date.

For the fourth quarter 2019, the company expects revenue to be in the range of $155 million and $165 million. This range reflects the lowest revenue-generating quarter of the year, and a decline from the fourth quarter 2018. The expected year-on-year decline is on the back of a persistent deterioration of business conditions in the industrial markets the company serves, particularly in business that relates to China. In addition, Cognex expects lower revenue year-on-year from logistics due to a major customer delaying delivery of large orders for new sites. The expected sequential decline is driven by seasonal timing of revenue from customers in the consumer electronics industry. Gross margin is expected in mid-70% range in the fourth quarter. CGNX expects operating expenses to increase by mid- to high-single digits on a sequential basis, that includes the costs associated with the company’s recent acquisition of Sualab. The effective tax rate is expected to be 16% before discrete tax items.