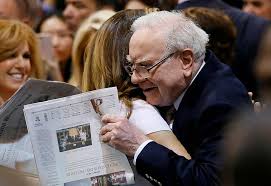 Despite this lockdown, Berkshire stated that the 2nd quarter net income increased 87% due surge of stock investments like Apple Inc. as the markets retraced.

The operating profits dropped 10% cushioned by the fresh bump at Geico Auto insurer with the pandemic causing minor to severe damage to a large part of Berkshire’s over 90 operating businesses.

Berkshire that paid over 32.1 billion USD for precision back in 2016 in what was their biggest acquisition, and one that at the time Buffett referred to as a steep price stated that the coronavirus caused the airlines to significantly cut the plane orders, resulting in decreased demand for the company’s products.

Technically speaking, Buffett on his own, rose over the airlines in the first quarter and sold 6 billion USD of their stocks. On May 2, Warren Buffett told shareholders that the future of the industry had become less clear to him.

Berkshire stated that Precision that also manufactures industrial parts saw the revenue decline by 1/3 and the plans to cut down operations. Essentially, precision ended last year with about 33, 417 staff, with 30% losing their jobs.

During the first quarter, Warren, who will turn 90 on 30th august took full advantage of Berkshire’s underperforming stocks by rebuying stocks worth $5.1 billion even as the COVID-19 crisis made it impossible for other companies to rebuy their own shares.

Berkshire’s shares have largely underperformed the broader markets since 2018. Seifert has reiterated the sentiments that investors ought to welcome the buybacks.

To some extent, Berkshire seems to be going against the grain and when a large number of companies suspended buybacks, Berkshire has done the opposite. As a result, it is highly likely that the market will react positively since it clearly shows that Berkshire is fully confident about its prospects.

Those buybacks confirmed the company’s signal back on July 8 that it had gotten more aggressive with repurchases after it lost its buyback policy.

Berkshire businesses are reeling from the coronavirus pandemic also includes the BNSF railroad that saw reduced shipping volumes and fewer retailers like Candies that temporarily shut down their stories.

Companies where Berkshire made huge investments also seem to be struggling as Slowing Employment Growth – Stimulus Fears Weigh on the Nasdaq 100.

Berkshire recorded a new $513 million loss on the 26.6% stake that they had in Kraft Heinz Co. this is after the company took a few write-downs including Oscar Mayer and Maxwell House.

Also, the Occidental Petroleum Corp, the entity where Berkshire had invested a whopping $10 billion in august 2019, has also been adversely affected by the sinking crude oil prices.

According to the rules of accounting, Berkshire is required to report unrealized stock losses and gains with the net results; this caused a huge swing that Warren considers useless.

Overall, Warren has recently deployed some funds, agreeing to purchase some Dominion energy gas assets for 4 billion dollars and adding an extra 2 billion USD of Bank of America stock.