The prices of crude oil dropped by at least 25 on Friday, further limiting the weekly gain because of concerns to the worldwide recovery can wane from the increasing cases of new coronavirus infections. 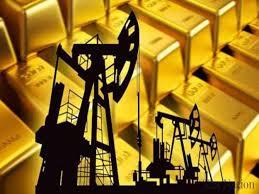 The rise in COVID-19 infections remains a dominant issue for the outlook of the fuel demand. The number of new cases reported in the US is still increasing in many states, with India reporting a new record daily jump in the number of coronavirus infections. Over 700,000 people have so far died around the world from this COVID-19 pandemic.

Discussions between the U.S policymakers over a new round of aid have so far stalled, at the same time, President Trump has so far threatened to order the white house officials out of the talks and rather issue an executive order to address the current economic demands.

As of today, congress doesn’t seem to be likely to agree with regards to another round of aid, and its creating lots of doubt for the recovery of the US economy.

Iraq, a member of OPEC, agreed to cut production in august, thus this helped this support these prices. Technically, the nation has lagged when it comes to fully meet their pledge as part of the April deal to minimize supply.

Technically speaking, crude oil has so far recovered from the lows that were reached back in April, after Brent slipped below $16, the 21 year low.

Keeping the prices this low wouldn’t be realistic as the traders rush to the day’s tasks to correct the current gains considering COVID-19 pandemic as their common enemy, as Prices of Crude Oil Tussle for the Momentum Brent Oil Prediction.

The USA non-farm payrolls for last month were much better than it was expected, bit still showed job growth slowed. The USA democratic leaders stated that the job report showed additional investments were required.

On the other hand, the U.S. Oil companies cut the number of oil and gas rigs over the week to the record low. The oil rigs dropped by 4 to 176 this week, the lowest it has hit since July 2005, based on data from oil services company Baker Hughes Co.

The fund managers raised their net long crude oil futures for U.S and options in the week heading to 4th august by 8,096.