Crude oil futures are sliding to close out the trading week, driven by rising US-China tensions, a stronger US dollar, and markets struggling to absorb OPEC’s relaxing of output cuts. But crude prices did find support in a sharp decline in the total rig count, suggesting that oil and gas companies are dramatically restarting operations.

Brent, the international benchmark for oil prices, is also slumping to finish the trading week. October Brent crude futures fell $0.71, or 1.57%, to $44.38 a barrel on London’s ICE Futures exchange. Brent prices will enjoy a weekly jump of 1.5%, bringing its decline to 33% so far this year.

According to Baker Hughes, the domestic oil rig count decreased by four to 176 in the week ending August 7. The total rig count stands at 247, down from 251 in the previous week. There had been concerns about the drop in the total rig count slowing down, as it had been relatively flat since the beginning of last month. 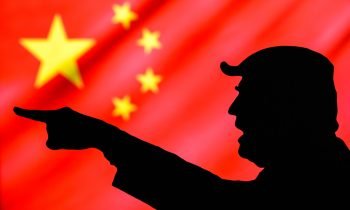 Oil is getting affected on growing US-China tensions after President Donald Trump signed a pair of executive orders that ban transactions with Chinese social media companies, which go into effect in 45 days. Since Beijing is one of the biggest markets for crude, any substantial geopolitical risk might result in sluggish Chinese imports, which would have an impact on oil prices.

In other industry news, Saudi Arabia announced that it would lower its official selling price (OSP) for oil shipping to Asia and Europe by 30 cents to avoid Riyadh losing market share. Analysts warn that global markets are not absorbing the physical crude tapering as previously expected, primarily over fears of lackluster demand and a supply glut.

The US dollar also had an impact on the overall commodities market on Friday. The US Dollar Index, which gauges the greenback against a basket of currencies, surged 0.69% to 93.43, from an opening of 92.81. A stronger buck is bad for dollar-denominated commodities because it makes it more expensive for foreign investors to purchase.