Dave & Buster’s Entertainment Inc (NASDAQ: PLAY) stock plunged 15.48% on June 11th, 2020 but recovered over 7.3% on June 12th, 2020 (as of 11:51 am GMT-4 ; Source: Google finance) after the company swung to loss & posted lower than expected results for the first quarter of FY 20. The company has reported a loss of $43.5 million compared to net income of $42.4 million, in the year-ago quarter. During the first quarter, the Company opened one new store in Chattanooga, Tennessee on March 16, 2020, which was however temporarily closed on March 20 through the remainder of the first quarter. Due to the continuing unprecedented degree of uncertainty, the company did not provide fiscal 2020 financial guidance at this time. 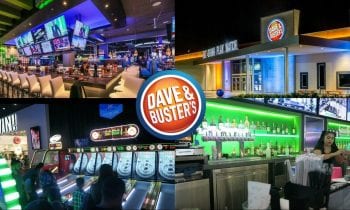 Moreover, the company generated approximately $16.8 million in operating cash flow during the first quarter and raised $75 million in gross proceeds through an At-The-Market equity offering of 6.1 million shares of common share at $12.20 per share, ending the period with about $157 million in cash and equivalents and about $750.3 million outstanding under its credit facility. Further, at the end of the first quarter, on May 6, 2020 the Company has completed a $100 million private placement of 9.6 million common shares at a issue price of $10.44 per share, after a $10.6 million Over-Allotment option completed on May 20, 2020 of 1 million shares at a price of $10.44 per share.