Descartes Systems Group Inc (NASDAQ: DSGX) stock rose over 1% on 28th May, 2020 (as of  11:22 am GMT-4; Source: Google finance) after the company posted decent results for the first quarter of FY 21. Due to the economic uncertainty to some of the company’s customers caused by COVID-19, the company had undertaken a restructuring plan to reduce its cost base and further strengthen the company’s financial position. The plan intends to reduce the company’s global workforce by about 5% while also providing for the closure of several office facilities where work from home arrangements have proven to be a viable option. The cost of the restructuring is projected to be about $2 million. Restructuring activities have substantially advanced with activities expected to be completed over the next 6 months. Once this gets completed, the company expects the annualized cost savings to be in the range of approximately $6 million to $7 million. Overall, the company has reported the net income of $11.0 million, which represents an increase of 51% from $7.3 million in Q1FY20 and down from $11.4 million in Q4FY20 At the end of April, 2020, the company had $56.0 million in cash. Cash had increased $11.6 million in Q1FY21 mainly on the back of cash provided from operations partially offset by the acquisition of subsidiaries. 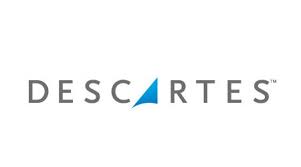 Meanwhile, in February 2020, the company had acquired all of the shares of Peoplevox Limited, which is a UK-based provider of cloud-based ecommerce warehouse management solutions. The total purchase price for the acquisition was about $24.1 million, net of cash acquired, which was funded from a combination of cash on hand and drawing on the existing credit facility.