Amcor PLC (NYSE: AMCR) stock rose over 1.2% in the pre-market session of Feb 12th, 2020 (Source: Google finance). Amcor is expecting EPS growth to be of between 7% and 10% for the full 2020 fiscal year (it was previously a range of 5-10%), which implies a range of 62-64 cents per share in earnings for FY20. The integration of the Bemis business is on track and the combined flexible packaging business has achieved mid-single digit organic growth in addition to the delivery of synergy benefits. The momentum is building in the first half of fiscal 2020. 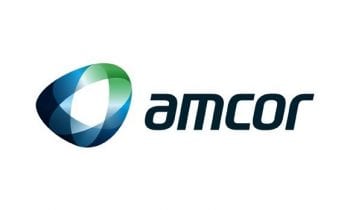 The company reported second-quarter net income of $139 million down from $186 million last year. Net sales for the quarter declined to $2.23 billion from $3.04 billion last year. The company has generated the adjusted free cash flow (before dividends) was $310 million. Net debt was $5,537 million at December 31, 2019, broadly in line with net debt as of June 30, 2019. Leverage, measured as net debt divided by adjusted trailing twelve month EBITDA, was 2.9 times as of December 31, 2019

Additionally, the company has repurchased 21.9 million shares during the first half of fiscal 2020 for a total cost of $223 million. The company expects to complete the $500 million buy-back program by the end of fiscal 2020. AMCR has declared a quarterly cash dividend of 11.5 cents per share.

The company is on track to achieve the previously announced benefits of $180 million (pre-tax) by the end of fiscal 2022.

For fiscal 20, the company expects free cash flow (before dividends) to be over $1 billion before approximately $100 million of cash integration costs. The company expects equivalent to $300 – $400 million after dividends but before cash integration costs. In FY 20 Corporate expenses before synergies to be of $160 – $170 million in constant currency terms and Net interest costs to be of $210 – $230 million (previously $230 – $250 million) in constant currency terms; and adjusted effective tax rate of 21% – 23%.