Aphria Inc (NYSE: APHA) stock rose over 2% in the pre-market session of January 15th, 2020 (Source: Google finance) post second quarter results. APHA in the second quarter of FY 20 has reported the adjusted loss per share of 3 cents, which is in line with the analysts’ estimates for the adjusted loss per share of 3 cents, according to the FactSet consensus. The company had reported the adjusted revenue growth of 35.9 percent to C$120.6 million ($92.2 million) in the second quarter of FY 20. The average retail selling price of medical cannabis (exclusive of wholesale), before excise tax, has risen to $8.16 per gram in the second quarter, compared to $7.56 in the prior quarter, mainly is due to a higher percentage of total medical sales coming from Broken Coast in the prior quarter. 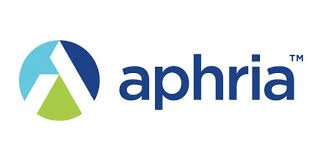 The company swung to a net loss of C$8.2 million ($6.3 million), in the quarter to Nov. 30, from a profit of C$54.8 million, in the same period a year ago. The decline in net income was mainly due to provisions associated with the Company’s Tier 3 passive investment portfolio. Further, the customer demand was more than the Company’s supply capabilities in the second quarter on the back of the timing of Aphria Diamond’s license receipt and as a short-term measure the Company purchased wholesale product from other Licensed Producers to supplement its near-term supply capabilities. Wholesale product purchases cam due to higher cost and less margin opportunity for those sales.

For fiscal year 2020, the company expects net revenue to be in the range of approximately $575 million to $625 million, with distribution revenue representing slightly more than half of the total net revenue. Adjusted EBITDA is expected to be in the range of approximately $35 million to $42 million. For fiscal year 2020, the Company’s guidance reflect certain market dynamics including a slower than expected retail location rollout in Ontario with more than 40 store openings still pending, the temporary banning of vape products in the Province of Alberta while it studies the impact of vape products, the higher costs of third-party supply due to the timing of the receipt of Aphria Diamond’s license, and a slowing in CC Pharma’s growth arising from recent changes in the German government’s medical reimbursement model.