Expedia Group Inc (NASDAQ: EXPE) stock rose over 2.5% in the pre-market session of May 21st, 2020 (as of 7:20 am GMT-4 ; Source: Google finance) even though the company reported a first-quarter loss of $1.3 billion, compared to a loss of $103 million in the year-ago period. For the quarter, total gross bookings declined by 39% as the spread of the virus became a global pandemic during March. In January, gross bookings growth was positive, in February, gross bookings fell year over year as the virus spread, particularly into Europe & in March it fell significantly as North America, the largest region got affected. Revenue grew in January and February before declining significantly year-over-year in March. Cash, cash equivalents and short-term investments totaled $4.1 billion at the end of March, 2020. For the quarter, consolidated net cash used in operating activities was $784 million and consolidated free cash flow totaled negative $1.1 billion. The consolidated free cash flow fell $2.9 billion in the first quarter of 2020 compared to the prior year period mainly due to a significant use of cash for working capital compared to a cash benefit from working capital in the prior year period, as well as a fall in adjusted EBITDA. 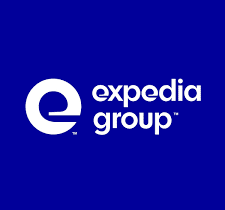