FAST in the first quarter of FY 20 has reported the adjusted earnings per share of 35 cents, beating the analysts’ estimates for the adjusted earnings per share of 34 cents, according to the Zacks Consensus Estimate. The company had reported the adjusted revenue growth of 4.4 percent to $1,367 million in the first quarter of FY 20, beating the analysts’ estimates for revenue of $1,364 million. The daily sales had increased 2.8% in the first quarter of 2020. Daily sales in the first two months of the quarter had risen 4.1% with January and February both exceeding seasonal norms and the PMI averaging 50.5. The growth came due to easier weather and holiday comps with overall business activity was still sluggish, but there were encouraging signs of things stabilizing. Further, after being up 1.4% in January and February fastener daily sales had declined by 10% in March specifically the non-OEM, non-construction fasteners which represent approximately 30% of the category had fallen nearly 20%. In Onsites segment, more than 120 units in North America or around 10% to 11% of the total were closed due to the customer facility closures. This has resulted in more than $2.5 million in lost sales in March and there clearly would have been additional lost sales from key account business in the traditional branches. 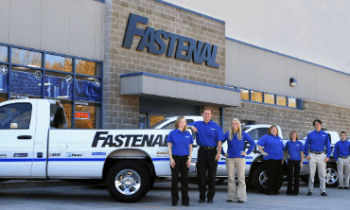 Moreover, the company gross margin was down by 110 basis points to 46.6% in the first quarter of 2020, versus the first quarter of 2019. There was a wider decline in March, driven by two things. First, the cost of goods are heavily variable, but those fixed costs that the company do have such as the truck fleet, manufacturing, procurement operation, delivered as daily growth slowed to flattish. Second, the impact of mix widened sharply from January to March based on the abrupt changes in the company’s customer and product mix. Therefore, first quarter 2020 operating margin was 19.9%, that contracted 10 basis points year-over-year.

Additionally, the company had returned cash to shareholders in the quarter in the form of $144 million in dividends and $52 million in share buybacks. The company intends no change to the $0.25 per share dividend in 2020, but do not currently anticipate to purchase additional shares.