Healthequity Inc (NASDAQ: HQY) stock lost over 7.4% on 17th March, 2020 (as of 11:27 am GMT-4; Source: Google finance) despite decent results for the fourth quarter of FY 20. The WageWorks integration is on track. As of fiscal year-end, the company have achieved approximately $30 million of permanent run rate cost and revenue synergies, up from $15 million at the end of Q3 and the company is on track to meet the $50 million commitment this fiscal year, one year ahead of schedule. The investments are expected to deliver a total solution on a unified platform also remain on track. As of fiscal ’20 year-end, the company had spent $32 million on these investments with another planned $60 million in fiscal year ’21. Overall, the company has reported non-GAAP net income of $28 million compared to $19 million, a 47% increase. Adjusted EBITDA for this quarter rose by 125% to $61.3 million and adjusted EBITDA margin was 30%. At the end  of January 2020, the company had $192 million of cash and cash equivalents with $1.22 billion of Term A debt outstanding and no outstanding amounts drawn on the line of credit. 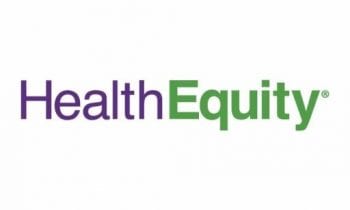 HQY in the fourth quarter of FY 20 has reported the adjusted earnings per share of 39 cents, beating the analysts’ estimates for the adjusted earnings per share of 34 cents, according to Zacks Investment Research. The company had reported the adjusted revenue growth of 85 percent to $201.2 million in the fourth quarter of FY 20, beating the analysts’ estimates for revenue of $198.5 million. Service revenue rose to $122.2 million, rising from 30% of revenue in the pre-WageWorks second quarter to 61% in the fourth quarter. This is mainly due to to the increase in CDBs to 7.5 million along with the 5.3 million HSAs that the company now administer including those that came from the acquisition of WageWorks. Custodial revenue of $49.4 million in the fourth quarter, has risen 39% year-over-year on the back of growth in HSA assets and a higher year-over-year annualized interest rate yield of 2.41% on HSA assets custodied by HealthEquity during the quarter.