Meritage Homes Corp (NYSE: MTH) lost over 0.1% on July 23rd, 2020 (as of 12:54 pm GMT-4; Source: Google finance) post the second quarter of FY 20 output. MTH has terminated contracts to purchase about 1,500 lots in the second quarter, due to the sharp but short-lived decline in demand from late March through early April. The Company has subsequently put about 6,000 new lots under control as demand for its homes rebounded and strengthened through the second quarter, ending with about 42,900 total lots owned or under control as of June 30, 2020, compared to about 34,700 total lots at June 30, 2019. 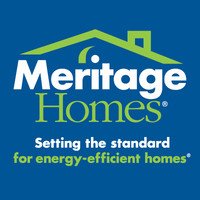 The firm has reported 32% year-over-year increase in the  total orders, on the back of a 42% increase in absorption pace over the prior year’s second quarter. Order trends grew through the second quarter, with April orders 15% lower than the prior year, after a year-over-year increases of 44% and 66% in May and June, respectively. The strong demand was broad-based, with Arizona and Texas generating the highest absorptions in the second quarter. Order cancellations grew to 15% from 12% for the second quarter of 2020 compared to 2019. Overall, total orders for the first half of 2020 rose 27% year-over-year. Cash and cash equivalents at the end of June 2020 has increased to total of $484.6 million, compared to $319.5 million at December 31, 2019, driven by positive cash flow from operations of $237.4 million and partially offset by the repayment of the full $500 million borrowed against the Company’s $780 million Revolving Credit Facility in the first quarter of 2020. Debt-to-capital and net debt-to-capital ratios were 32.8% and 20.4%, respectively, at the end of June, 2020, which represents decrease from 34.0% and 26.2%, respectively, at December 31, 2019. For the second quarter of 2020, net earnings grew 78% to $90.7 million

Moreover, Home closing revenue rose 20%, due to a 23% rise in home closing volume and a 3% decline in ASP over the second quarter of 2019 due to Meritage’s strategic shift to the higher-demand entry-level market. Home closing gross margin expanded 300 bps over 2019’s second quarter to 21.4%.