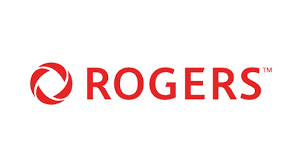 This quarter, the company had continued to generate the cash flow from operating activities of $959 million, which reflects the decrease of 4%, and free cash flow of $462 million, up 14%. Furthermore, at the end of March, 2020, the company had $3.8 billion of available liquidity, that includes $1.9 billion in cash and cash equivalents and a combined $1.9 billion available under the bank credit facility and accounts receivable securitization program, and investment-grade credit ratings with a stable outlook. The company has also returned substantial cash to shareholders through the payment of $253 million in dividends this quarter and the company has declared a $0.50 per share dividend on April 21.

RCI in the first quarter of FY 20 has reported the adjusted earnings per share of 53 cents, while reported 5 percent fall in the adjusted revenue to $2,548,000,000 in the first quarter of FY 20. The decline in the revenue is on the back of a 17% decrease in Wireless equipment revenue, due to lower subscriber activity surrounding the COVID-19 pandemic, and a 3% decline in total service revenue. Total service revenue had fallen due to a 2% decline in Wireless service revenue and a 12% decline in Media revenue. The Wireless service revenue decline was mainly on back of lower roaming revenue, with lower overall roaming activity and as the company provided these services to the customers at no cost during the COVID-19 pandemic, and lower overage revenue, mainly due to the continued adoption of the Rogers Infinite unlimited data plans. Media revenue had fallen by 12% mainly due to lower advertising and sports revenue, including at the Toronto Blue Jays, on the back of the impact of COVID-19 and the mid-March suspension of major sports leagues. Cable revenue was stable in the first quarter, mainly due to declines in the legacy television and home phone subscriber bases were offset by growth in the Internet and Ignite TV subscriber bases and the movement of Internet customers to higher speed and usage tiers.