Smith & Wesson Brands Inc (NASDAQ: SWBI) stock lost over 0.2% on 19th June, 2020 (As of 10:32 am GMT-4; Source: Google finance) despite better than expected results for the fourth quarter of FY 20. The company plans to complete its spinoff of American Outdoor Brands Corp. in August. The company had changed its name back to Smith & Wesson during the fourth quarter. The company reported a fiscal fourth-quarter loss of $66.1 million, compared to net income of $9.8 million in the year-ago period. Non-firearm outdoor product sales were mainly hit due to the COVID-19 pandemic, which resulted in a $98.7 million, charge under accounting standards. During the year, the company had successfully launched more than 300 new products and extensions, some of which represent the entry into completely new product categories such as meat processing. During the fourth quarter, the company had generated operating cash flow of $120 million. At the end of the fiscal year, the company’s balance sheet remained very strong with about $125 million of cash and $160 million outstanding on the revolving line of credit, resulting in net debt of $34 million.  Since the end of the fourth quarter, the company had used the strong cash position to pay down an additional $65 million on the revolving line of credit. 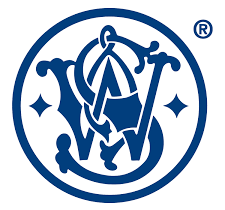 Further, in the fourth quarter, the consumer demand for firearms had increased significantly, and the revenue of $193 million formed just over a 37% increase year-on-year. This increase is driven by strong orders from retailers and distributors, due to a sudden and heightened consumer demand for the firearms, which began in March and is reflected by adjusted NICS in the period. In the fourth quarter of FY 20, background checks for handguns has risen 66% year-on-year, while the handgun units shipped to distributors and retailers rose by 20.5%. Gross margins for the fourth quarter in the Firearms segment, excluding federal excise tax had expanded 430 basis points, mainly due to improved absorption related to increased production volumes and to a lesser extent increased prices that the company had implemented on November 1.