United Community Banks, Inc. (NASDAQ: UCBI) stock rose 7.59% on July 21st, 2020 but corrected over 0.3% on 22nd July, 2020 (as of 11:08 am GMT-4; Source: Google finance) post second quarter of FY 20. The company has reported net income of $25.1 million and pre-tax pre-provision income of $65.6 million and built its allowance for credit losses with a $33.5 million provision for credit losses. In the second quarter, there was record growth with total loans growing by $1.2 billion, mainly from PPP loans, however, non-PPP loans also rose at a 5% annualized rate. The core transaction deposits were up a record $1.7 billion compared to the first quarter mainly due to growth in noninterest bearing deposits of $1.1 billion. United’s cost of deposits declined by 18 bps to 0.38%. Net interest margin in the second quarter contracted by 65 bps from the first quarter to 3.42%. Of this decrease, 18 bps was driven by lower purchased loan accretion, about 6 bps was due to lower-yielding PPP loans, and about 9 bps was due to carrying an increased amount in low-yielding overnight investments due to the record amount of liquidity generated by bank deposit growth in the quarter. Mortgage rate were of $802 million, which is slightly higher than last quarter and again exceeds the previous quarterly record by 58%; this is compares to $390 million a year ago. Noninterest income was up $14.4 million on a linked quarter basis, mainly due to a $15.3 million increase in mortgage income and an improved market environment 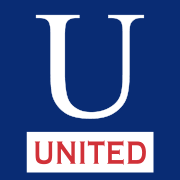 Moreover, during the second quarter, the company has also completed a number of important strategic initiatives that position us well for the future. In June, the company had raised $200 million—$100 million in preferred stock with a 6.875% annual dividend rate and $100 million in senior notes with a 5.00% annual coupon. After the second quarter end, the bank announced the July 1st closing of the previously announced merger with Three Shores Bancorporation, Inc. and its bank subsidiary Seaside National Bank & Trust, which will now be branded Seaside Bank and Trust.