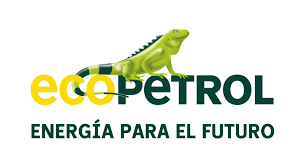 Meanwhile, in exploration, Ecopetrol and its partners completed the drilling of 8 wells during the first half of the year, highlighting, for the second quarter, the drilling of the Boranda Centro-1 exploratory well, operated by Parex, and the Chimuelo-1 and Flamencos-3 wells operated by Ecopetrol, all under evaluation. The cumulative production of the exploratory assets reached 908,535 boe (5,020 boed on average) during the first half of the year, where 67% of the production corresponded to oil and 33% to gas. In the Brazilian Pre-Salt, the company continued to advance in the commercial feasibility studies and development plan for the Gato do Mato discovery.

Ecopetrol Group’s average production was 668.4 mboed in the first half of 2021, which is 5.3% less than the same period of last year, mainly as a result of i) impacts from the public order situation Colombia experienced during the months of May and June, and ii) the temporary lower production from Castilla, field that has been gradually recovering after overcoming restriction associated with water management. Production in the second quarter was 660.9 mboed, decreasing 2.5% as compared to the second quarter of 2020. During the first six months of the year, 179 development wells were drilled and completed.

Moreover, Natural gas and LPG production grew 10.2% as compared to the first half of 2020 and 8.2% as compared to the second quarter of the previous year, mainly leveraged on the higher production of Piedemonte, Hocol and Permian (United States). During second quarter, the contribution of gas and LPG to the total production was 20.6%, with a combined EBITDA margin of 54.1%. At the end of the quarter, the transfer of interest for cross operation with ExxonMobil in the Comprehensive Research Pilot Project in Unconventional Reservoirs Kalé and Platero, located in the Municipality of Puerto Wilches (Santander) was approved, leaving Ecopetrol as operator with a 62.5% interest in Kalé and 37.5% in Platero.