Eldorado Resorts Inc (NASDAQ: ERI), a smaller Reno, Nevada-based casino operator stock rose over 9.1% on March 31st, 2020 ( as of 11:47 am GMT-4 ; Source: Google finance) after facing heavy crash.  The company has to start paying Caesars Entertainment Corp. approximately $2.3 million a day as ticking fees after it failed to meet a deadline to complete its takeover of the casino giant. The company had announced the megadeal last June, in which Eldorado, had agreed to pay Caesars 10 cents a share per month if the transaction didn’t close after nine months. That deadline had passed on this Wednesday. A pro-rated share of the penalty is now due each day, according to a regulatory filing. The company had projected to close for the transaction in the second-quarter. Like all casino mergers, it required the approval of local regulators and may also need the approval of the Federal Trade Commission, which may weigh in on overlap in regional markets. The coronavirus, of course, has affected every business plan, as nearly all casinos in the country closed to prevent the spread of the disease. The Caesars purchase is one of the largest deals in the casino industry that has been agree recently, even amid a flurry of mergers and acquisitions. Eldorado had agreed to pay cash and stock worth $12.75 per Caesars share at the time. The aggregate value, including debt, amounted to $17.3 billion. The combined company will have about 60 casinos across the U.S. Overall, Eldorado would owe Caesars $836.8 million more if it can’t close the deal, according to the filing. 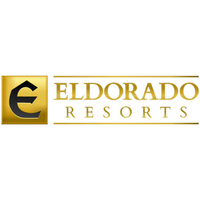 Meanwhile, the company had earlier announced that it t will comply with New Jersey Governor Murphy’s order and will temporarily suspend operations at the Tropicana Atlantic City in New Jersey to the public from March 16, 2020 due to COVID-19. The company had to suspend its operations at various other places also and had to close its casinos.