Tencent Music Entertainment Group – ADR (NYSE: TME) stock fell over 3% on March 17th, 2020 (as of 11:46 am GMT-4; Source: Google finance) after the company would likely see “much softer” first-quarter revenue growth due to the COVID-19 outbreak, after it beat the analysts’ estimates for fourth-quarter revenue. At the end of December, 2019, the combined balance is of cash and cash equivalents, term deposit were RMB22.9 billion, which represents an increase of RMB1.8 billion from RMB21.1 billion as of September 30, 2019.

TME had reported the adjusted revenue growth of 35 percent to 7.29 billion yuan (US$1.04 billion) in the fourth quarter of FY 19, beating the analysts’ estimates for revenue of 7.08 billion yuan, according to IBES data from Refinitiv. The revenue growth is driven by 41% growth in online services, revenues, and 33% growth in social entertainment services revenue. Online music service revenues were RMB2.1 million, which is up 41% year-over-year. The increase was mainly due to an outstanding performance from music subscriptions, supplemented by growth in advertising services and the sales of digital music albums, partially offset by decrease in supply services revenue. Music subscription revenues were RMB1.1 billion, which is up 60% year-over-year, due to record high growth of subscribers and the improvement in ARPPU. The number of subscribers rose 48% and the subscriber at ARPPU grew 8% year-over-year, due to success of the paper streaming service strategy and the premium memberships offering. Social entertainment service and other revenue were RMB5.2 billion, which is up 33% year-over-year, mainly due to the growth in live streaming and online Karaoke services. 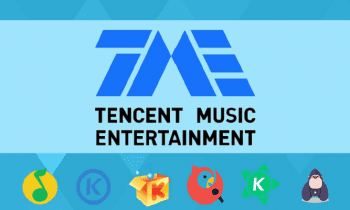 Tencent Music is already taking measures to reduce any impact from the COVID-19 pandemic that is sweeping the world and causing jitters in financial markets, by launching live-streaming services in the first half of 2020 focusing on the discovery and cultivation of artists. Tencent Music, which has been shifting to a paid streaming model, has signed multiple partnerships with international and domestic music labels to attract more paying users. In December, a consortium comprising Tencent Music and parent Tencent Holdings Ltd said it would take a 10% stake in Vivendi’s Universal Music Group, which is the world’s biggest music label which houses Lady Gaga and The Beatles, giving Tencent Music access to more artistes. Although Tencent Music’s user base is about three times that of Spotify Technology SA, it has fewer paying users. Spotify, which is a stakeholder in Tencent Music, has currently about 124 million paid subscribers, while Tencent Music reported a 47.8% increase to 39.9 million in the fourth quarter.