Facebook, Inc. Common Stock (NASDAQ: FB) stock rose over 6.17% on 29th April, 2020 and continued its bullish momentum generating 7.6% in the pre-market session of April 30th, 2020 (as of 8:32 am GMT-4; Source: Google finance). Facebook, beat analysts’ estimates for revenue in the first quarter as the company has seen “signs of stability” for sales in April after a plunge in March. Facebook will move forward with plans to hire 10,000 new employees this year, which will be mostly in product and engineering roles, but will pull back on hiring plans for business departments like ad sales. The company has reported the net income of $4.9 billion. The company incurred the capital expenditures of $3.7 billion on the back of investments in data centers, servers, office buildings and network infrastructure. The company had generated $7.3 billion of free cash flow in the quarter and had repurchased $1.2 billion of the Class A common stock. The company has ended the quarter with $60.3 billion of cash in investments. 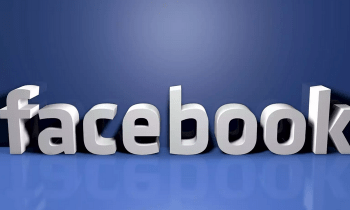 Meanwhile, after a strong start to the first quarter, the company saw a significant impact on their business due to the pandemic from the second week of March onwards. This impact was not even. The company has seen strong growth in gaming and relative stability in technology and e-commerce, which is one of the company’s largest sectors. However, there has been significant reduction in travel and auto as these industries have been hit particularly hard. On the other hand, in late March, the company had announced a $100 million investment in order to support the news industry, with $25 million in grant funding for local news organizations and $75 million in marketing spend to get money to publishers.

FB has lowered its guidance for total expenses in 2020 to be in the range of $52 billion-$56 billion, down from a prior range of $54 billion-$59 billion, on the back of slower headcount growth and savings from canceled travel, events and marketing.