Facebook, Inc. Common Stock (NASDAQ: FB) stock rose over 3.1% on 31st October, 2019 (as of 10:11 am GMT-4 ; Source: Google finance) after the company posted better than expected results for the third quarter of FY 19. The company has reported net income of $6.09 billion as compared to $5.14 billion in the year-ago period. FB has agreed to pay a £500,000 fine in the UK over the Cambridge Analytica scandal hours before the release of its third-quarter earnings report. As part of the agreement, the social network and the ICO have withdrawn their appeals, and Facebook did not admit liability, but paying the highest fine possible, as the scandal occurred before the EU’s general data protection regulation was implemented in 2018. Cash and cash equivalents and marketable securities were $52.27 billion as of September 30, 2019. 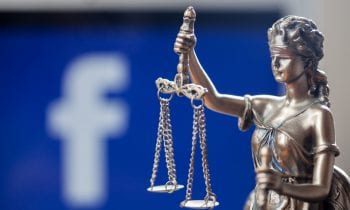 During the third quarter, the company had launched a number of new products like Facebook Dating in the US, Threads for Instagram, which is the camera first experience to share with your close friends, Facebook News, which is the dedicated product for news that the company has built in partnership with news publishers, and the company introduced Horizon, which is a new social experience for VR. The company has also released hand-tracking technology for Oculus and Oculus Link.

Capital expenditures, including principal payments on finance leases, were $3.68 billion for the third quarter of 2019.