FactSet Research Systems Inc. (NYSE: FDS) stock rose over 2.1% on 28th September, 2020 (As of  12:56 pm GMT-4; Source: Google finance) after the company posted better than expected results for the fourth quarter of FY 20 driven primarily by analytics, CTS and wealth. The company generated the free cash flow of $145 million for the quarter, which represents an increase of 52% over the same period last year. This increase is mainly due to the timing of certain tax payments and lower CapEx on facility spend. On a full-year basis, free cash flow rose by 16%, despite higher capital expenditures on facilities. For the fourth quarter, the ASV retention continues to be above 95%. The company grew the total number of clients by 5% compared to the prior year, due to the addition of more wealth and corporate clients. Due in part to the focused and successful efforts of the sales team, the client retention improved to 90%. 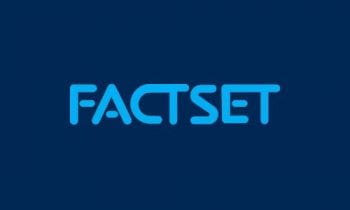 FDS in the fourth quarter of FY 20 has reported the adjusted earnings per share of $2.88, beating the analysts’ estimates for the adjusted earnings per share of $2.54, according to Zacks Investment Research. The company had reported the adjusted revenue growth of 5 percent to $384 million in the fourth quarter of FY 20, beating the analysts’ estimates for revenue of $378.4 million. For the geographic segments, Americas and Asia Pacific revenue each grew 6% and EMEA grew 5%. Adjusted operating margin contracted by 70 basis points to 33% versus last year. On an adjusted basis, the cost of sales was 260 basis points higher, on the back of technology spend, which includes the shift to the public cloud, as well as the multiyear investment plan. This total was partially offset by lower data cost spend. The company’s tax rate for the fourth quarter was 7%, compared to last year, 16%. This unusually low tax rate was mainly due to higher exercises of stock options, resulting in a tax benefit.

FDS expect ASV plus professional services for the year to increase in the range of $55 million and $85 million over fiscal 2020.