People’s United Financial, Inc. (NASDAQ: PBCT) stock rose over 4.4% on 18th October, 2019 (As of 11:36 am GMT-4 ; Source: Google finance). As per recent FDIC data, PBCT maintain strong market share in each state in which the company operate and continue to hold the number one position in Fairfield County, Connecticut and the State of Vermont. Further, the acquisition of United Financial is on track to close in the fourth quarter and the company is confident in achieving the transaction’s attractive financial returns. The integration process is under way and progressing well as the company execute on the time-tested acquisition approach. The addition of United increases the already significant share of retail households and commercial clients across central Connecticut and Western Massachusetts. PBCT see areas of meaningful growth, particularly in Boston and Metro New York, as well as in the equipment finance and specialty businesses. PBCT for the third quarter has posted $600,000 increase in the net interest income to $348.7 million, which benefited $5.4 million due to improved deposit pricing and lower balances, as well as $2 million from an additional calendar day in the third quarter. The net interest margin was of 3.12%, remain unchanged from the second quarter despite declining interest rates. 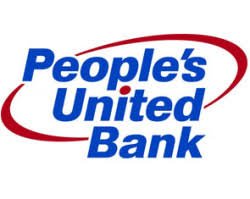 Further, the average balances has increased less than 1% to $38.3 billion in the third quarter of 2019 from the second quarter. On a period-end basis, the loans ended the third quarter at $38.8 billion, up 1% from June 30. Commercial period-end loans grew 2%, mainly due to mortgage warehouse lending, equipment finance and Boston commercial real estate, which was partially offset by $89 million of runoff in the New York multifamily portfolio