PNC Financial Services Group Inc (NYSE: PNC) stock recovered over 1.2% on 20th April, 2020 (as of 11:53 am GMT-4; Source: Google finance) but fell over 36.4% in this year to date. Despite an interim rally in the stock, earnings are not that great as the company reported net income for the first quarter of $915 million compared with the year-ago quarter’s $1.27 billion. Net interest income of $2.5 billion was up 1% compared to the fourth quarter, due to lower funding costs, as well as higher loan and security balances. The net interest margin expanded to 2.84%, up 6 basis points linked quarter, in large part due to lower rates paid on deposits. 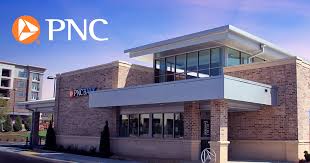 Total borrowed funds rose $13 billion on the back pf higher FHLB borrowings and increased debt issuance activity during the quarter. At the end of March, 2020, the Basel III common equity Tier 1 ratio was estimated to be 9.4%, which reflected the impact of the tailoring rules, including the decision to opt out of AOCI, as well as the election to phase in CECL’s impact on the estimated regulatory capital.

Additionally, during the January-March period, the company hd repurchased 10.1 million common shares for $1.4 billion. Furthermore, the company had distributed dividends of $0.5 billion. Notably, the company has temporarily suspended share buybacks through the second quarter of 2020, after the “unprecedented challenge” from the coronavirus pandemic.