Despite the benchmark indices performance, BAC stock fell as it missed the earnings estimates for the first quarter of FY 20 due to a $3.6 billion COVID-19-related reserve build. Net income fell to $3.54 billion in the quarter from $6.87 billion, in the year-ago period. Net interest income had fallen 2.0% to $12.13 billion, beating the FactSet consensus of $11.74 billion, while book value per share rose to $27.84 from $25.57 to top expectations of $27.19. Fixed income, currency and commodities (FICC) revenue grew 13% to $2.7 billion and equities revenue rose 39% to $1.7 billion. 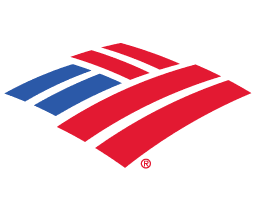 Moreover, the allowance for loan and lease losses rose by 67%, from the end of December to $15.8 billion, which represents 1.51% of total loans and leases. The non-performing loans (NPLs) in Q4 2020 rose $504 million from the fourth quarter of 2019, mainly due to $353 million increase in commercial loans. The CET1 standardized ratio contracted by 40 basis points to 10.8%, due to a $70 billion increase in RWA. The increases in counterparty risk in global markets and increased loan revolvers draws and global banking led to the RWA increase.

In Consumer Banking segment, the bank posted the net income fell 45% to $1.8 billion. The segment’s results were affected by COVID-19 through lower rates, higher provision expense and modest fee reductions. The segment’s revenue fell 45% to $1.8 billion. In Global Wealth and Investment Management segment, the bank posted the net income of $866 million, was down 17% from Q1 ’19. The revenue of the segment grew 2% year-over-year due to a strong increase in AUM fees and brokerage fees were partially offset by a decline in NII as a result of lower interest rates. Expenses increased from revenue related incentives as well as investments we made in the past 12 months in sales professionals, technology and the brand. In the quarter, Global Markets delivered $1.5 billion of earnings in Q1, which is a 34% increase year-over-year. Year-over-year revenue rose up 15% due to both higher sales and trading results and improved investment banking fees.