FOMC Meeting Minutes: What it is and How it Affects the Market ?

The Federal Open Market Committee (FOMC) offers detailed insights on US monetary policy to help traders make informed decisions. The committee is made up of the president of the Federal Reserve Bank and 7 members of the Federal Reserve Board. They participate in discussions and contribute to the assessment of the economy. The committee also holds meetings to review financial developments. FOMC schedules meetings every 6 weeks and votes on the policy to be carried out until the next meeting. 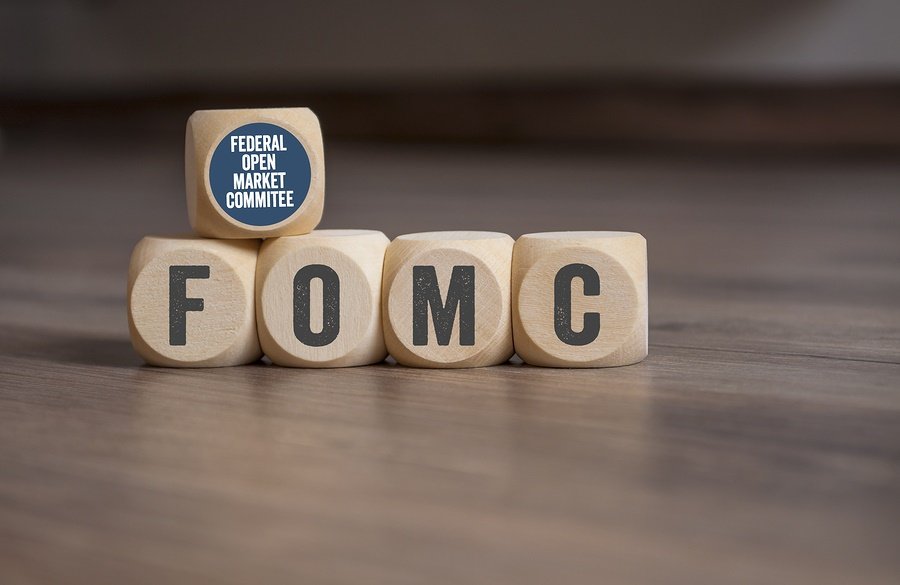 Once the meeting is held, the committee assesses the economic developments to help them make well-informed decisions. They consider factors like GDP growth, interest rates, consumer spending habits, fiscal policy, and lending trends. Then, each member builds an opinion before reaching a consensus. But before the committee decides whether to ease or restrict monetary decisions, additional guidelines are given.

The performance of the US economy matters to the rest of the world. If the US economy is underperforming, this is bad news for many countries (those in the export market). The Federal Reserve has the mandate to keep the prices stable and promote maximum employment. If inflation is too high, they raise interest rates. And if it thinks the inflation is too low, it cuts the rates. The idea is to make the rates attractive. When there’s a downturn in the economy, the fed promotes a recovery. So every time there is an imminent danger to the economy, the rest of the world keeps an eye on the fed.

Since the FOMC meeting is secretive, analysts try to guess how the market will react. For example, if the Fed tightens the money supply, the interest rates will rise. Similarly, if fed loosens money supply the interest rates will fall. When the 7 governors give their views, the FOMC tunes its policy to achieve an inflation rate of 2%. Once the monetary policy is voted on, the committee forwards the information to Fed’s trading desk. The interest rate approach tries to predict exchange rates. And based on the theory of interest rate parity, currencies may violate the theory before they meet at equilibrium. Three weeks after the conclusion of the regular meeting, a set of minutes is published.

How FOMC affects the currency market

The FOMC meeting minutes adjust the interest rates regarding future monetary policy decisions and oversees open market operations. Federal Open Market Committee (FOMC) discusses whether to change or maintain the current policy. This economic indicator helps forex traders approach the market by trading the news. Once the news is released, there’s a lot of volatility that traders can rely on.

Traders are on the lookout whether the Federal Reserve has maintained, increased, or decreased the interest rate. The main task of the body is to fix the overnight borrowing rate as it sets the lending rates in the United States. Through this mechanism, FOMC keeps inflation within the target range to achieve stable economic growth.

When the news is high-impact, traders must be prepared for volatility. More specifically, they should be aware of the inflation rates, employment level, and overall economic growth. These are important indicators when changing market policies. Since the dollar is the main reserve currency, the announcement affects all the pairs that have the dollar as the base currency. Also, traders must implement proper risk management as this event may lead to price volatility. Since the interest rates are ever-changing, you should know where they will go. For example, if the rates have been higher for a long period, the opposite can inevitably happen. Keep in mind that the Fed rate announcement affects the economic outlook, employment levels, and rate of inflation. The news release is available on the Feds website.

The Federal Open Market Committee tends to adjust the rate according to the needs of the economy. If the economy is growing too quickly, FOMC will increase the funds’ rate. Conversely, if the economy is in a recession the feds funds rate will go down. To put it succinctly, lower rates spur the economic growth while higher rates slow the economy. The Fed’s mandate is to maintain stable prices.

Traders can predict a rate decision by analyzing forecasts and watching for major announcements. Whenever a meeting is held, there’s an insight into how the banks view inflation. For example in July 2008, the then chairman Bernanke read the statement which was most anticipated by traders. Because the news favored the dollar, traders sold currency pairs with the US dollar as a base currency. Those who acted immediately after the announcement made a reasonable profit. Sometimes, central banks can deliver surprise rates cut. If there’s a rate hike, traders should buy the dollar. And if there’s a rate cut, traders should sell currency pairs with USD as the base currency. Every three months, the committee holds meetings to evaluate the current economic projects.

Strengths and weakness of FOMC

When inflation is at reasonable levels, it encourages future investment. Since inflation occurs when the prices or goods/services increases, raising the interest rates makes the economy to slow down. Secondly, lowering the interest rates or increasing the money supply can devalue the local currency. A weak currency boosts exports as the products tend to be less expensive. Over the years, the fed has tried to maintain a rate of 2% which is good for the economy. The Federal Open Market Committee always takes the initial steps to normalize the monetary policy. It’s worth mentioning that these policies help traders make decisions about the future now.

Perhaps the biggest weakness is that the minutes are difficult to interpret. If the fed backs off from an anticipated move, the central banks lose confidence in the economy. In reality, there’s an increase in borrowing costs and this may affect the consumer investment confidence. Apart from that, there’s a risk of hyperinflation. When the interest rate is set too low, there are speculative bubbles that the price may increase too quickly.

An increase or a decrease in the Fed rate is correlated with how the US dollar moves with other currencies. Secondly, once the Federal Reserve increases the rates, the interest rates increase throughout the economy. Finally, a higher interest rate attracts investors seeking high returns on their products. Since FOMC Meeting minutes have a high market impact, traders should be very cautious before and after the news is released. If you don’t have a clear picture of the interest rates, you should stay away from the market. Once the dust settles, you can follow the market trend.