Yum China Holdings Inc (NYSE: YUMC) stock fell over 1.7% in the pre-market session of Feb 6th, 2020 (as of 8:12 am GMT-5 ; Source: Google finance) post the fourth quarter of FY 19. Meanwhile, the company has temporarily closed more than 30% of its stores. The company controls KFC, Taco Bell, Pizza Hut and other restaurant brands in China. For stores that remain open, same-store sales since the Lunar New Year holiday have declined as much as 50% compared with the same time last year in part because of shortened operating hours and reduced traffic. The company is currently not able to forecast when the closed stores will reopen and when traffic levels will pick back up. The company has also warned it could close additional stores, reduce operating hours, or take other steps, depending on the situation in China. 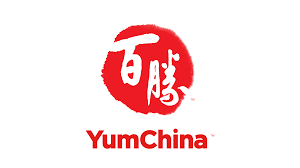 The company has reported a profit of $98 million for the quarter, up from $46 million, the year earlier. Same-store sales for the fourth quarter ended Dec. 31 increased 2 percent.

Total system sales grew 8% year over year in the quarter, with growth of 10% at KFC and 1% at Pizza Hut, excluding F/X. The Company had opened 360 new stores in the fourth quarter and 1,006 new stores for the full year 2019, mainly on the back of development of the KFC brand.

For fiscal 2020, Yum China expects to open between 800 and 850 new stores on a gross basis and projects capital spending to be between $500 million and $550 million.