Forex Trading – Can It Make You Rich ?

A question that any new forex trader will frequently have in his/her mind is whether currency trading can make him/her rich. It is possible to become rich through forex trading if one is an unusually skilled trader. However, for average traders, though forex may be an easy way to lose money, learning the principles of forex trading (fundamental and technical analyses), and putting in hours of diligent practice may pave a path towards the financial goals that they have set for themselves. 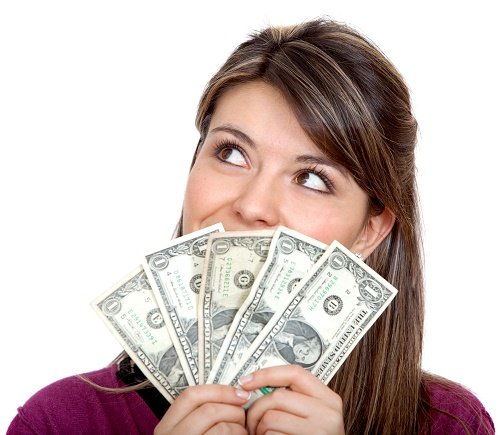 Well, according to statistics, a Bloomberg article, published about two years ago, cited that about 68 percent of the investors of two giant publicly traded forex companies experienced a net loss when they traded currencies in the previous four quarters. This was from a report that was sent to their clients. That this statistic can be optimistically construed as one in every three traders were able to make money through forex trading is another matter altogether. It is also to be noted that these numbers were released just two months prior to an incident (on January 15, 2015, the Swiss Bank removed the Swiss Franc’s cap of 1.2 against the Euro) when the Swiss Franc soared 41 percent higher against the Euro and 38 percent against the USD.

This sudden change resulted in creating holes in many of the forex traders’ pockets, both the retail traders as well as large banks. Hundreds of millions of dollars of losses were inflicted on the many participants worldwide. Three brokerages lost their capital entirely and were rendered insolvent. The largest US forex retail brokerage FXCM became almost bankrupt.

In the light of the passages above, given below are a few reasons why the forex traders have the odds stacked against them and how it is particularly difficult to get rich through forex trading.

#1: The drastic changes in value of one currency against another are not very common in the forex markets and do not result in frequent bankruptcies as mentioned above. Such changes are more frequent in the equity market. Stock prices vary more than 20 percent up or down on a single day. However, a cause for the high losses in the forex market can be attributed to the high leverages that the brokers offer to the traders. This magnifies the losses as much as it can magnify the profits.

As an example, consider a trader who sells 5,000 units of euro at 1.20. If he later buys them at 1.10, his profit would be $500. Considering a leverage of 50:1, which is officially allowed in the US for trading the Euro, the potential profit comes to about $25,000. However, in case the trader had purchased 5,000 units of euro at 1.20 and exited the trade when the price fell to 1.10, the corresponding potential loss would have been $25,000. Excessive leverage is being seen as the most prominent risk factor when it comes to retail forex trading.

#2: Another common mistake that is committed by retail forex traders is that they hold on to a losing trade for a long time, which in turn results in magnifying their losses. Sometimes, the loss is so high that it may even wipe out their initial investment. However, one can always observe that successful traders strive to keep their losses small and make up the gap by ensuring a few sizeable gains.

#3: Platform and system malfunctions can also lead to traders suffering losses in the currency market. A large trade at hand and inability to close such a trade because of a malfunctioning platform can lead to a huge loss. The malfunction itself may be due to the inadequacy of the software, Internet overload and power outages, among others. Sometimes in very volatile markets, stop losses may cease to work. Though many traders had stop losses in place prior to the Swiss Franc’s surge on January 15, 2015, the liquidity dried up so fast that these stop losses proved ineffective as a huge number of traders closed their Swiss Franc short positions.

#4: The big players in forex trading such as banks and major corporations are plugged real time into getting the latest news (government’s secret interventions, and commercial forex flow directions) on currency movements. This causes them to have an edge over the smaller retail traders operating in the currency market.

#5: Currency volatility is a common occurrence and more often than ever wipes out the small-time investors’ capitals. One such episode was witnessed in the earlier part of year 2015.

#7: The forex market has its own share of occasional frauds and scam stories. Secure Investment was a company that shut down and made away with $1 billion of investors’ funds in the year 2014. Market manipulation has also led to many investors losing their funds. In the year 2015, as many as four large banks were fined $6 billion for attempting to manipulate currency rates over a six-year period starting from 2007 and ending in 2013.  The total amount of fines levied on about 10 banks was to the tune of $10 billion at the close of that episode.

As a conclusive statement, the best advice to small-time retail investors who want to give forex trading a shot is to keep leverage small, set up tight stop losses and work with reputed and reliable forex brokers. Though these are not fool-proof strategies, they may help the retail forex trader to iron out losses to a reasonable extent.