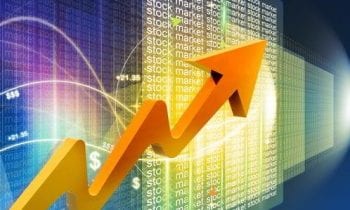 Fundamental analysis is one of the methods of forecasting the price movements of currency pairs in the future based on economic (Supply and demand), environmental (seasonal cycles and weather), political (government policy) and many other relevant factors as well as statistics that have the potential to affect the supply and demand. In practice, many market players use technical analysis in conjunction with fundamental analysis to determine their trading strategy. This is to say that fundamental analysis focuses on what should happen in the currency market, based on seasonal cycles, weather and government policy.

Finally, forex traders who go by fundamental analysis will have to keep abreast of various news and announcements that reflect a country’s current economic, social and political environment. For example, Non-Farm Payroll Announcement in the US often creates volatility in the forex market. A forex trader analyzes such data to understand the relative health of a country’s economy and decides whether to trade a currency pair or not.

Technical analysis is a way of predicting currency price movements and market trends in the future by studying charts created using past market action. It is basically concerned with what has actually happened in the forex market and takes into account the volume and price of currencies. Charts are created using historical data and used as a tool to predict future price trends and movements.

The three essential principles of technical analysis are:

#1: Price reflects everything that the market knows. A pure technical analyst is concerned only with price movements and not the reasons for the changes.
#2: Prices movements indicate patterns and trends.
#3: Recognized patterns are repeated on a consistent basis.

Some of the major tools used for technical analysis are as follows:

This index measures the up-moves to down-moves ratio. The index is calculated on a scale of 0 to 100. If the index is equal to or greater than 70, it indicates that an instrument is overbought. This shows that the price of the instrument has risen above the market expectations. On the other hand, an index reading of 30 or less signals that the instrument has been oversold, meaning the price has fallen more than what the market expected.

Fibonacci numbers and Gann numbers are made use of to determine the support and resistance levels on price charts. They also provide information about future trend changes.

Elliott wave theory is based on the Fibonacci number sequence and repetitive wave patterns. Ideally, the Elliott wave pattern shows a five-wave advance which is followed by a three-wave decline.

Spaces on bar chart where there is no trading activity are referred to as Gaps. An up gap forms when a trading sessions’ lowest price is higher compared to the highest high in the previous session. Similarly, a down gap forms when a trading sessions’ highest price is lower compared to prior day’s lowest price. Whereas an up gap signals market strength, the down gap indicates weakness. A breakaway gap is formed when an important price pattern is completed, signaling the start of a price movement. A runaway gap or measuring gap occurs at around the mid-point of a market trend. An exhaustion gap, which signals the end of a trend, occurs towards the close of a trend.

Three types of charts are made use for technical analysis. These are:

Line Chart: A simple line chart is drawn by connecting one closing price and the next closing price. It indicates a currency’s price movement over a period of time.

Bar Chart: A bar chart shows opening and closing prices along with highs and lows. For this reason, the bar chart is also referred to as OHLC chart.

Candlestick Chart: This chart shows the same information that a bar chart provides, but in a better graphic format.