The company had reported the adjusted revenue growth of 16.2 percent to $1.86 billion in the third quarter of FY 19, missing the analysts’ estimates for revenue of $1.88 billion. The sales grew due to core revenue growth, which rose driven by strong performance at Gilbarco Veeder-Root and PacSci EMC, which was partially offset by the fall in the short-cycle businesses within Professional Instrumentation. Professional Instrumentation posted sales growth of 24.8% in the third quarter despite a low single-digit fall in core revenue. Advanced Instrumentation & Solutions core revenue fell to low single digits due to strong performance at EMC was more than offset by continued slowing across Fluke and Tektronix. Field solutions core revenue declined by low single digits. FTV in the third quarter of FY 19 has reported the adjusted earnings per share of 87 cents 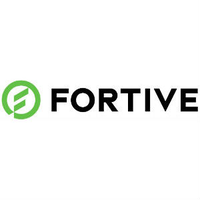 Geographically, the developed markets core revenue has increased by low single digits, due to the slowing macro conditions across both North America and Western Europe. Core revenue growth in North America was also in low single digits, driven by GVR, EMC and Industrial Scientific, while Western Europe has posted growth slightly. High-growth markets core revenue fell by low single digits on the back of the loss of Huawei-related revenue at Tektronix and weaker market conditions in the Middle East. China posted slightly positive growth driven by strong performance at Fluke and Qualitrol. India has delivered flat as growth at Fluke and Qualitrol was offset by timing delays for certain large project rollouts at GVR, which are now expected to start in the fourth quarter.

Moreover, the adjusted operating profit margin fell 80 basis points to 21.3%, that includes 55 basis points of dilutive operating margin associated with acquisitions. Core operating margins fell by 25 basis points due to the slowing within Professional Instrumentation more than offset strength at GVR and another solid quarter of operating margin expansion in Matco. During the third quarter, the company had generated $348 million of free cash flow for a sequential increase of $111 million from the second quarter.