US gasoline prices fell below $4 per gallon on Tuesday, according to new data from GasBuddy. This is the first time that the price of gas has trended at this level since earlier this year, as recession fears and demand destruction alleviate the pain at the pump.

The average price for a gallon of gas dropped to $3.99, marking a more than $1 drop since hitting a peak of $5.03 in June. This also suggests that motors would spend approximately $400 million less on gasoline than they did in the middle of June.

“We’ve never seen anything like 2022 at the pump, highlighted by once-in-a-lifetime events including the ongoing Covid-19 pandemic, which caused myriad imbalances, exacerbated by Russia’s war on Ukraine,” said Patrick De Haan, head of petroleum analysis at GasBuddy, in a blog post. “As a result, we’ve seen gas prices behave in ways never witnessed before, jumping from $3 to $5 and now back to $3.99.”

Data from the American Automobile Association (AAA) show a similar downward trend. The national average for a gallon of gas fell to $4.033, down about 19% from the peak of $5.01 in June.

AAA experts say that gas prices have dropped considerably because of lower demand by motorists. Essentially, it is the old market adage: The cure of higher prices is higher prices.

Should gas demand continue to slide and more supply comes to the market, market experts say that pain at the pump could continue to diminish.

“Oil is the primary ingredient in gasoline, so less expensive oil is helpful in taming pump prices,” said Andrew Gross, AAA spokesperson. “Couple that with fewer drivers fueling up, and you have a recipe for gas prices to keep easing. It’s possible that the national average will fall below $4 this week.” 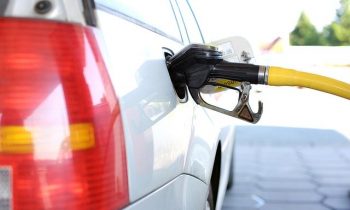 A separate AAA survey also found that nearly two-thirds of US adults have altered their driving behaviors and lifestyle, including driving less and combining errands.

Could the latest market trends experience a reversal?