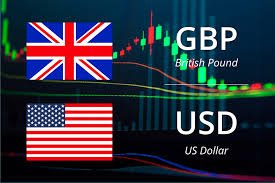 The GBP posted another high in the 2nd consecutive week this week. This was extensively characterized by the weakness of the US dollar across the forex trading markets. With regards to the UK front, the chancellors summary update was positively received with the FX markets liking the plans of extra spending. Nevertheless, another great stimulus package is highly likely to be released in the autumn.

On the other hand, the UK-EU trade talks have not shown any significant results with both parties indicating that they are yet to agree on several things. So, there are some little signs that a decision has been reached over the contentious fisheries matter. However, it seemed as if it wasn’t enough to progress about the current fisheries issues that were being discussed. This is because the talks were finished barely a day after the said progress had been made. This was a confirmation that the UK-EU trade talks remain an issue that needs some more negotiations. As a result, according to the political hurdles that the UK is currently facing, the GBP outlook remains to be very cautious. As indicated by The Market Manufacturing PMI Renders GBP to Grow Against the Japanese Yen (JPY).

As we take a much closer look at the coming week, the UK data will without a doubt be a major point of consideration after the release of the monthly figures, inflation, and GDP figures. Although this might normally lead to volatility in the UK’s assets, the data seem to be outdated about today’s climate. As a result, it is strongly expected that the pound will see a silent reaction as the information offers a rear-view perspective of the country’s economy. So, according to the uptrend surprises in the data around the world, the risks are skewed on the uptrend surprise. Nevertheless, you should not confuse this as an indication of the “V” shaped recovery. Besides the UK data, the focus will largely be on the Bank of England speakers with Andrew Bailey and Silvana Tenreyro likely to speak.

Based on the continued trader angst over the increasing coronavirus cases, specifically in southern states of the United States. The GBP is highly likely to take some signal from the wider risk sentiment as compared to the local elements during the week. On the other hand, the GBP/USD is making a powerful break over 1,2600, the eye is currently on the tests for the 1.2697 (200-day Moving Average) that will provide the first main test with regards to whether the most recent rally would be capped. Finally, the GBP/USD remains in the wide range, at 1.28. This shows that the vols cue will still be on the case.