GBPCHF has been moving sideways on its daily time frame, finding support at the 1.1700 area and resistance around 1.2200. Price is closing in on the top of the range and could be due for a bounce soon.

If so, another test of the range support might be in order or at least a dip until the middle at 1.1950. The 100 SMA is still below the 200 SMA to hint that the top of the range is more likely to hold than to break. However, price is already trading above both moving averages as an early indicator of bullish momentum.

Also, the gap between the indicators has narrowed to reflect slowing selling pressure and a potential bullish crossover. If that happens, price could break past the range resistance and climb by at least the same height as the chart formation or roughly 500 pips.

Stochastic is pointing up to show that bullish pressure is present, but the oscillator is also dipping into the overbought zone to signal exhaustion among buyers. Turning lower could confirm that sellers are ready to defend the range resistance. RSI has a bit more room to climb before indicating overbought conditions. 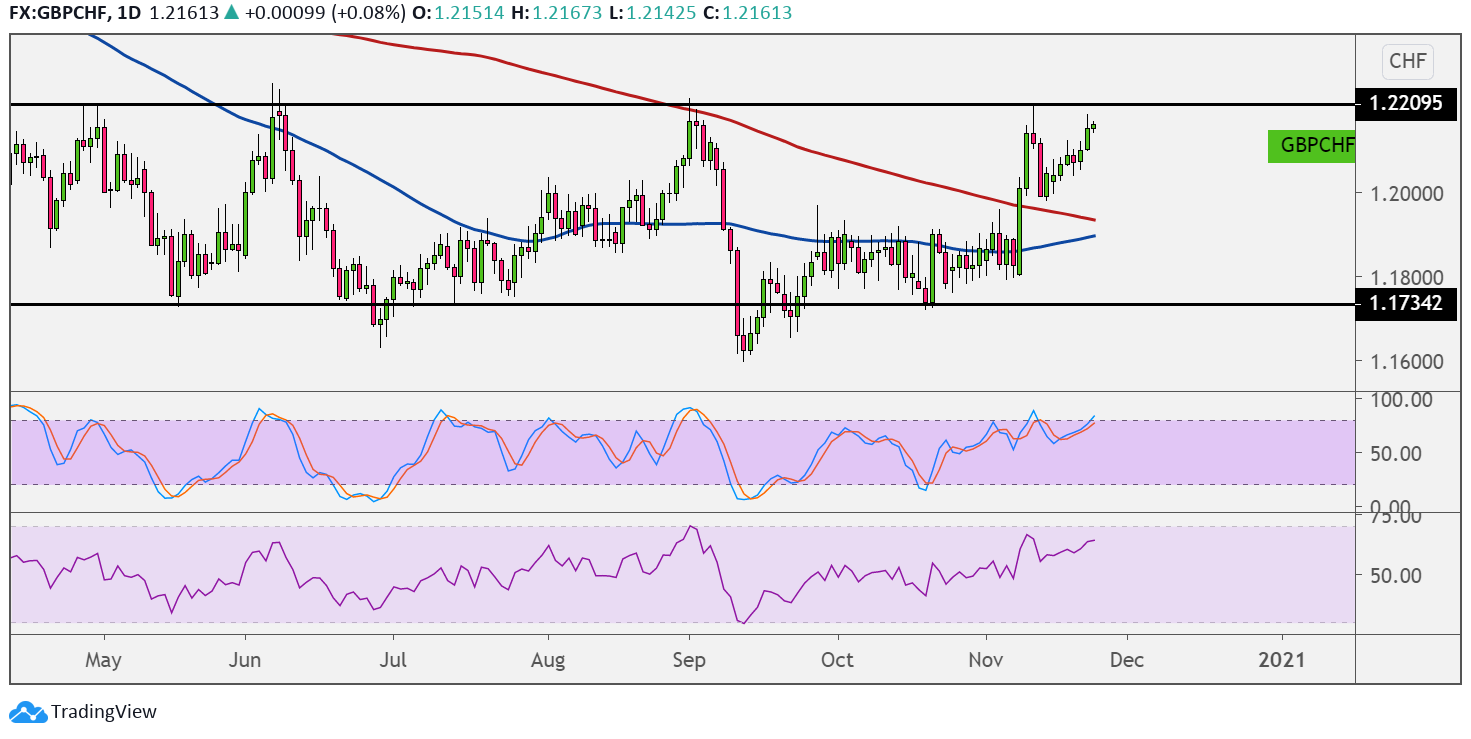 Optimism for a Brexit deal is boosting sterling these days, as PM Johnson is reportedly talking to the European Commission President in order to iron out the remaining key issues. Signs that an agreement could be signed soon would bring some relief to the UK economy, likely leading to more gains for the pound.

However, the lack of a deal anytime soon could contribute to downside pressure on the UK currency while lifting the lower-yielding franc at the same time. Note that the Swiss currency tends to rally during a risk-off market environment and often acts as the safe-haven among European currencies.