GBPUSD might be in for a reversal from its downtrend, as price has completed an inverted head and shoulders on its short-term chart. The pair has yet to break above the neckline around 1.2500 to confirm that an uptrend is underway.

The 100 SMA has crossed above the 200 SMA to indicate that the path of least resistance is to the upside or that the neckline resistance is more likely to break than to hold. This could set off a climb that’s the same height as the chart formation, which spans roughly 300 pips.

Stochastic is also ready to pull higher after a slight dip to the oversold region, indicating that bullish pressure is about to pick up. If resistance holds, however, GBPUSD could retreat to the nearby support areas at the moving averages. 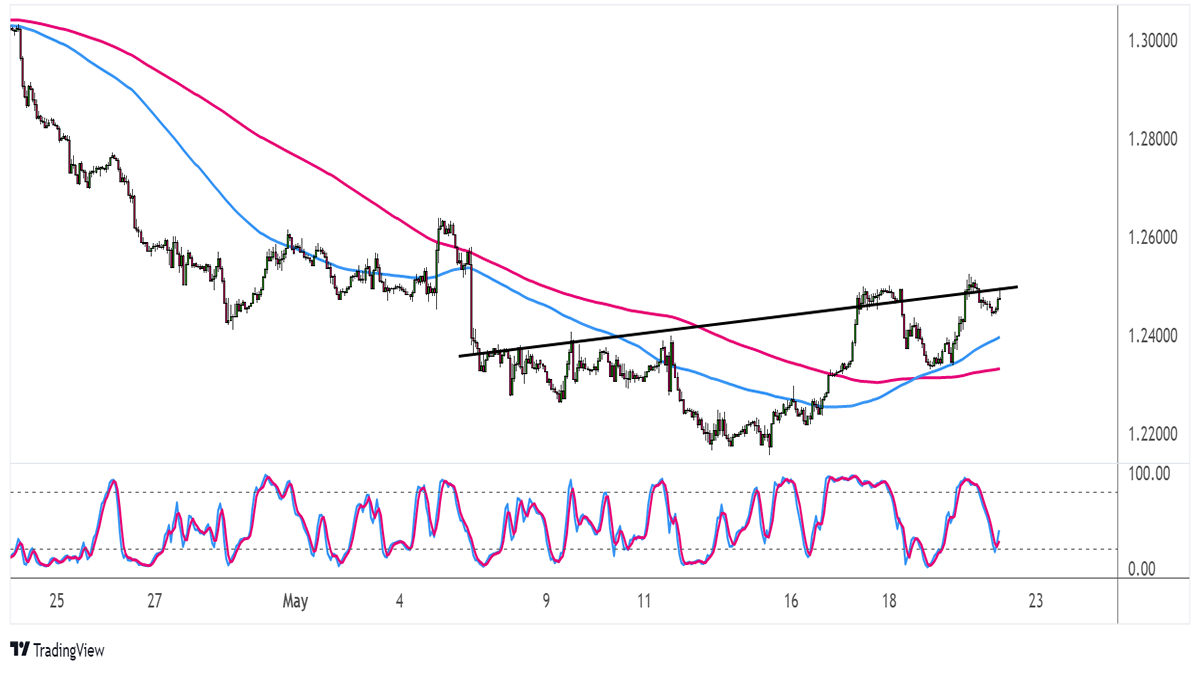 The UK just printed a stronger than expected retail sales figure, indicating 1.4% growth in April versus the estimated 0.3% contraction. This also represented a rebound over the 1.2% drop in consumer spending for March, suggesting that the retail sector isn’t feeling the blow of higher prices just yet.

However, the BOE seems inclined to act in order to keep inflation in check. Earlier in the week, the UK also printed record high CPI readings, which might mean another round of rate hikes from the central bank.

Meanwhile, the US could also see higher borrowing costs soon, as the Fed is on track towards another 0.50% hike in their next meeting. Strong inflation and relatively upbeat consumer spending data might be enough spur hawkish moves.

Apart from that, risk-off flows appear to be favoring the US dollar, as investors remain wary of a potential global recession. Rising inflation, along with strict COVID-19 measures for China in the past months, likely contributed to supply chain issues and weaker economic activity.