Gold futures are on track to record their second consecutive loss as the yellow metal suffered a steep decline in recent sessions. With the Federal Reserve anticipated to unwind its quantitative easing (QE) program and a strengthening US dollar, the bull run for gold might be over. But market analysts are still confident that gold prices will finish the year above $1,800.

The sentiment among investors is bearish for gold, with the most positive forecast being gold remaining above $1,800 by the end of the year amid the Delta variant and disappointing economic data. However, the biggest factor could be the Federal Reserve and its upcoming Federal Open Market Committee (FOMC) policy meeting.

It is uncertain if the central bank will agree to reduce its $120-billion-a-month acquisitions of bonds and mortgage-backed securities (MBS). It is almost certain, however, that interest rates will remain low, which is bullish for gold since a low-rate environment reduces the opportunity cost of holding non-yielding bullion.

“Everybody is watching the Fed like hawks. It would be very tempting after a $40 fall (to look for an entry point) despite the fact that the tapering debate is still going,” StoneX analyst Rhona O’Connell said. “Investors are going to scour Jay Powell’s press conference for economic projections.” 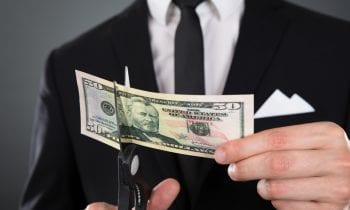 Meanwhile, the US Dollar Index (DXY) is on track for a modest weekly gain. The index, which measures the greenback against a basket of currencies, advanced 0.24% to 93.16, from an opening of 92.93. The DXY is poised for a weekly gain of 0.6%, lifting its year-to-date rally to 3.6%. A strong bucker is bad for dollar-denominated commodities because it makes it more expensive for foreign investors to purchase.