Guess?, Inc. (NYSE: GES) stock plunged 19.98% on June 10th, 2020 and continued its bearish momentum on June 11th, 2020, falling over 9.8% (as of 10:47 am GMT-4; Source: Google finance) after the company posted lower than expected results for the first quarter of FY 21 & gave a weak sales outlook. The company has reported the net loss of $157.7 million for the first quarter of FY 21 after a loss of $21.4 million last year. In North America and Europe, by mid-March, the company had decided to temporarily close most of its stores. At present, the company has reopened more than 400 stores in Europe and over 180 stores in the US and Canada with operations resuming over the course of mid-April to June. Some of its U.S. and Canadian stores began operating again in mid-May. All stores in Asia have now opened and e-commerce is available in all regions. Traffic and revenue have substantially reduced at locations that have reopened, and though traffic is down online. Meanwhile, the company has removed more than $60 million in operating expenses from the business this quarter. The company has significantly decreased capital expenditures, spent only one-third of what the company had spent in Q1 last year and postponed the decision to pay the dividend. The company has ended the quarter with $419 million in cash, including $194 million of borrowings on the credit facilities. 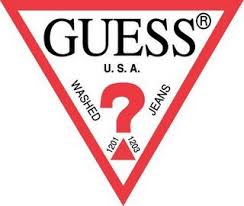 The second quarter revenue is projected to “have a decrease similar to that of the first quarter.”