The company announced positive clinical results from ongoing phase 2A study Of Imvt-1401 (ASCEND GO-1) in patients with Thyroid Eye Disease (TED), also known as Graves’ ophthalmopathy. The results showed 65% mean reduction in total IgG observed from baseline to end of treatment, with a pharmacodynamic (PD) response nearly identical to modeled predictions for dosing regimen tested in trial. The results also showed that IMVT-1401 is safe and generally well-tolerated with no serious adverse events (SAEs), no withdrawals due to adverse events (AEs), and no headaches. 4/7 patients (57%) improved by ≥ 2 points on the Clinical Activity Score (CAS) and 3/7 patients (43%) achieved a proptosis response. The results did establish the first proof of concept for an anti-FcRn antibody in Thyroid Eye Disease. 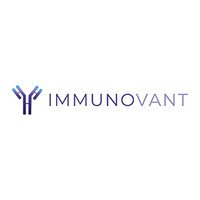 On the other hand, Christopher Marai from Nomura has very recently maintained a Buy rating on Immunovant (IMVT), with a price target of $27.00.