Qiagen NV (NYSE: QGEN) stock rose over 6.7% on 5th Feb, 2020 (as of 10:58 am GMT-5; Source: Google finance) though the company posted better than expected results for the fourth quarter of FY 19. period. The Americas and Europe / Middle East / Africa regions posted the growth at solid single-digit CER rates, while the Asia-Pacific / Japan region declined 4% CER due to an ongoing decline in China, mainly on the back of a slowdown in orders from distributors and the end of the China NGS joint venture, and weaker sales trends in Japan. The company has reported the adjusted net income rose of $110.1 million, from $93.7 million in the prior-year quarter. At December 31, 2019, cash, cash equivalents and restricted cash were $629.4 million compared to $1.16 billion at December 31, 2018. 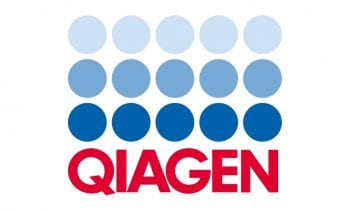 Molecular Diagnostics that formed 48% of sales, growth was fueled by double-digit CER gains in consumables for use in universal NGS applications, along with solid gains in consumables used for Precision Medicine and companion diagnostics. Sales of the QuantiFERON-TB test grew 1% CER on a combined high-single-digit CER growth rate in the Americas and EMEA regions but lower sales in Asia, particularly due to China and Japan. The revenues from companion diagnostic co-development projects  declined sharply due to the decision to end companion diagnostic projects based on the GeneReader system on the back of the new clinical NGS agreement with Illumina announced in October 2019. The sales in Life Sciences increased due to good CER gains in consumables and related revenues, in particular from the universal NGS portfolio, the QIAcube Connect instrument and QIAGEN Digital Insights as well as the Americas region, which more than offset lower instrument sales. Pharma growth was driven by high-single-digit CER growth in the Americas and Asia-Pacific / Japan regions, while Academia / Applied Testing showed solid growth trends in the Americas, in particular the U.S., compared to a softer performance in the EMEA region.