IGM Biosciences Inc (NASDAQ: IGMS) stock fell 9.11% on March 26th, 2020 and continued its bearish momentum on March 27th, 2020 after the company in the fourth quarter of FY 19 has reported the net loss was $14.8 million, or a loss of $0.49 per share. Meanwhile, the company had raised gross proceeds of $201 million in the initial public offering that came in September and gross proceeds of $102 million in the series C private placement in June and July. As a result, the company’s cash and investments stood at $236.6 million as of December 31, 2019.

For fiscal 2020, IGM estimates non-GAAP operating expenses to be in the range of approximately $75 – $85 million, excluding estimated non-cash stock-based compensation expense of approximately $8 million. IGM also expects to end 2020 with a balance of more than $140 million in cash and investments. 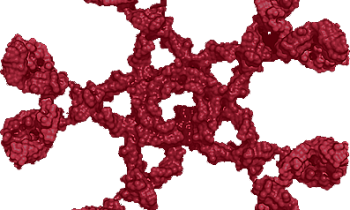 Additionally, last October the company announced the initiation of the first inhuman Phase 1 clinical trial of IGM-2323 in relapse and refractory B cell lymphoma patients. This trial is a multicenter open label trial intended to assess the safety, pharmacokinetics and preliminary efficacy of intravenous IGM-2323 in patients with relapsed refractory B cell non-Hodgkin’s lymphoma. IGM anticipates to report initial data from this Phase 1 trial in the second half of 2020. IGM-2323 is being administered at a planned fixed dose as part of the dose escalation protocol. The initial six clinical trial sites are now open and they include City of Hope, Sarah Cannon, M.D. Anderson, Fred Hutch on her health and Dana-Farber. The company also hopes to open additional US and ex-US centers later this year in preparation for our Phase I expansion.

Furthermore, IGM anticipates to file an IND application with the FDA for IGM-8444 in 2020, initially for the treatment of patients with solid tumors.  IGM-8444 is an IgM antibody targeting the Death Receptor 5 (DR5) protein, which is broadly expressed on a broad range of solid and hematologic malignancies.