Karuna Therapeutics Inc (NASDAQ: KRTX) stock fell 6.10% on 25th March, 2020 (Source: Google finance) after the company reported reduction in a net loss to $7.8 million for the fourth quarter 2019, and a net loss of $44.0 million for the year ended 2019, as compared to $8.3 million and $17.5 million for the prior year periods. The company incurred the net loss for the year on the back of increase in research and development expenses, increase in personnel expenses due to an increase in employee headcount, as well as an increase in general and administrative expenses. KRTX in the fourth quarter of FY 19 has reported the adjusted loss per share of 32 cents, beating the analysts’ estimates for the adjusted loss per share of 47 cents. 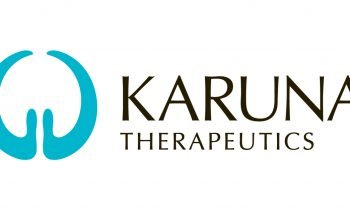 Furthermore, the Company has ended the year 2019 with $389.4 million in cash, cash equivalents and short-term investments, which reflects an increase from $13.9 million as of December 31, 2018. The increase is mainly due to the completion of the Company’s follow-on public offering which generated $234.2 million in net proceeds, the completion of the initial public offering which generated $93 million in net proceeds, and Series B Preferred Stock Financing which generated net proceeds of $74.8 million. The Company anticipates that current cash, cash equivalents, and short-term investments at the end of December, 2019, will enable the Company to fund its operating expenses and capital expenditure requirements for the next three years. The cash will be used to attain multiple potential clinical and development milestones, that includes an NDA submission of KarXT in psychosis related to schizophrenia, pending the outcomes of the Company’s planned clinical trials.

Meanwhile, the company incurred the research and development expenses of $5 million during the fourth quarter 2019, and $24.5 million for the year ended 2019, as compared to $6.7 million and $11.5 million for the prior year periods, respectively. The rise in research and development expenses for the year was mainly due to increased spending related to the Company’s Phase 2 clinical trial required for the treatment of schizophrenia, Phase 1b trials in healthy elderly volunteers and experimentally induced pain, increased personnel-related costs due to the increase in employee headcount, along with the expenses associated with consulting fees and the discovery programs.

Additionally, the company is on track to start Phase 3 clinical trial of KarXT for the treatment of acute psychosis in patients with schizophrenia in 2020. It intends to hold an end-of-Phase 2 meeting with the FDA in Q2 2020.