Nextgen Healthcare Inc (NASDAQ: NXGN) stock fell over 6.9% on 24th January, 2020 (As of 10:50 am GMT-5; Source: Google finance) after the company’s third quarter of FY 20. The firm also narrowed the outlook for FY 20. Moreover, Bookings for the third quarter came in at $30.6 million as compared to $32.8 million in the same quarter last year. In addition, Software license and hardware revenue declined 22% to $7.2 million year-over-year. Non-recurring services revenue of $5.7 million increased 37% compared to a year ago on the back of growth in analytics and professional services 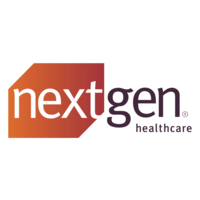 The company generated the operating cash flow for the third quarter of $23.6 million and NextGen generated $16.9 million in free cash flow as the cash generation capabilities allow the company to continue to retire debt. The three acquisitions in the third quarter Topaz information systems, MedFusion and OTTO Health brought the total outstanding debt up to $37 million

Moreover, the company’s Recurring revenue increased 6% $124.8 million compared to a year ago with increases of 10% in subscription services, 11% in managed services and 6% for electronic data interchange and data services. Recurring revenue is 91% of the total revenue slightly higher than the 90% in the prior year.