On Tuesday, the Hong Kong’s apple daily responded defiantly to the arrest of the owner under the newly drafted national security legislation imposed by China, promising to further fight on in the front-page headlines over an image of Jimmy Lai in Handcuffs. 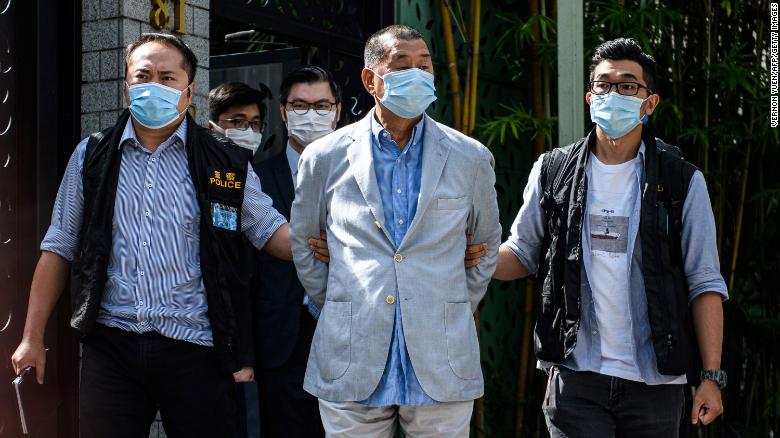 Customers queued for many hours to get their copies of the pro-democracy daily tabloid just a day after the police raided the paper’s offices and arrested Lai, which is currently most high profile detention to be made under the new national security legislation.

Many people queued for the newspaper in the Mong Kok neighborhood from the wee hours. Some of the paper vendors stated that they were sold out by early.

Police arrested the owner on Monday for alleged collusion with external forces after more than 200 police officers searched the tabloid’s offices, collecting about 25 boxes as evidence.

However, back on the mainland, the Chinese daily paper stated that Jimmy’s detection showed the price of colluding with the enemy. Further adding that arresting Lai was justice.

Stocks in Apple Daily Co. Next Digital, that publishes the paper rose 170% by Tuesday after the online pro-democracy bloggers requested other traders to show support.

China-born Lai, moved to Hong Kong when he was about 12 years old and with nothing, is one of the most popular pro-democracy activists in Hong Kong and a great critic of the Communist Party rule in China as Chinese Yuan Slips As PBoC Injects Liquidity Into Banking System.

Lai’s detention comes amidst the crackdown against the pro-democracy opposition to China’s rule that has drawn international attention and raised more fears for the freedoms that were promised by China after Hong Kong returned to china back in 1997.

On Monday, police arrested 10 people, including other executives and young activists belonging to the Demosisto group that had been banned before the new security legislation started being enforced.

The unprecedented security law that was imposed on 30th June punishes anything china considers collusion, terrorism, subversion, and secession with foreign entities with up to life imprisonment.

On Monday, Mike Pompeo, who is the US secretary of state called Jimmy Lai a patriot and stated that his detention showed that china had against Hong Kong’s freedoms.

Britain stated that the arrest was more evidence that the national security law was a way to further silence the opposition.

Chinas consulate in the UK responded by asking London to avoid using press freedom as the excuse of discrediting the national security legislation.