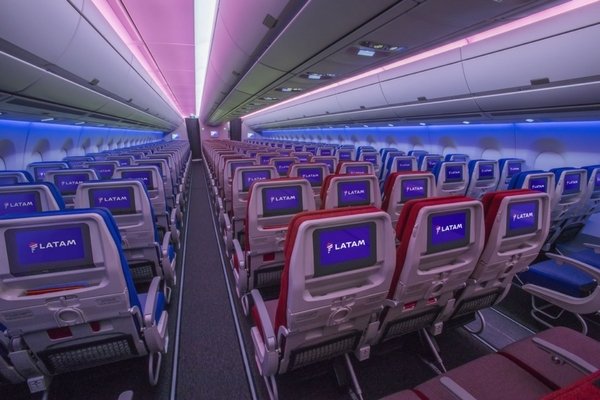 Further, during the second quarter 2019, LATAM Airlines Group carried 1.4 million passengers more than the same period last year and over the past 12 months has transported more than 71 million passengers for the first time since the association between LAN and TAM. This growth has been especially strong in LATAM’s domestic markets, both in Brazil and in Spanish-speaking countries, which accounted for 1.3 million of the additional passengers in the quarter.

Moreover, by the end of the quarter, LATAM´s financial debt amounted to US$7.7 billion, a 1.2% increase compared to the previous quarter, while leverage reached 4.5x from 4.3x in March 2019. For the balance of 2019, the Company has roughly US$591 million in debt maturities.

At the end of the second quarter 2019, LATAM has reported US$1,381 million in cash and cash equivalents, including certain highly liquid investments accounted as other current financial assets. Furthermore, the Company´s liquidity position was enhanced by US$600 million of an undrawn revolving credit facility (RCF) line. Thus, LATAM’s liquidity position amounted to 19.5% of the last twelve months’ net revenue by June 30, 2019.

Additionally, Fleet commitments for 2019 amount to US$1,197 million, with approximately US$676 million accounting for capital expenditures. To date, LATAM has successfully financed all of its 2019 deliveries with a combination of sales & leasebacks and JOLCO financing, comprising senior secured debt and Japanese equity. For 2020, expected fleet commitments amount to US$708 million.