United Airlines Holdings Inc (NASDAQ: UAL) stock continued its bullish momentum of October 16th, 2019 (as of  9:31 am GMT-4; Source: Google finance) rising over 1.6% after the company posted better than expected results for the third quarter of FY 19 and raised the outlook for FY 19 as travel demand continued to climb. United’s third-quarter net income rose approximately 23% to more than $1.02 billion from the year-earlier period. UAL has indicated that demand for leisure and business travel is holding up well despite concern about the slowing global economy, although there are pockets of weakness such as China. 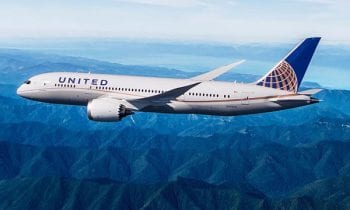 Additionally, UAL has repurchased $363 million of its common shares in the third quarter of 2019 at an average purchase price of $88.22 per share

Meanwhile, UAL like its competitors American and Southwest has been forced to cancel thousands of flights due to the grounding of the Boeing 737 Max. Recently, United joined those carriers in taking the Max out of its schedules until January as the grounding drags on. The grounding of the plane, now in its eighth month, has weighed on airlines’ growth plans. United expects to increase its capacity by 3.5% this year, which is below the 4%-6% annual capacity growth it targeted. Investors are worried that when the grounded planes return to United, Southwest and American, there will be more seats for sale and fares will fall.