Opus Bank (NASDAQ: OPB) stock rose 3.19% on January 27th, 2020 and continued its bullish momentum on  January 28th, 2020 rising over 4.4% on 28th January, 2020 (As of  9:30 am GMT-5 ; Source: Google finance) after the company posted better than expected results for the fourth quarter of FY 19. The average loans declined $37 million or 0.6% during the fourth quarter, while period end balances increased $99 million or 2.9%. New loan fundings measured $410 million compared to $406 million in the prior quarter. Total loan yield declined 11 basis points to 4.13%, mainly due to the rate differential between new loan fundings and higher yielding loans that paid off, downward repricing of adjustable rate loans and a lower net benefit from prepays. The average deposits rose $165 million or 2.6% with the majority of growth is due to interest bearing demand deposits and money market accounts. The growth in average deposits was mainly generated through higher PENSCO, escrow and exchange and Commercial Banking division deposits. The loan to deposit ratio fell to 91.1% compared to 92.5% in the prior quarter. 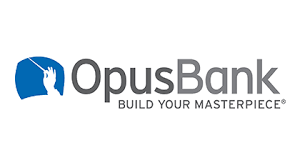 Moreover, the net interest income was mostly unchanged from the prior quarter at $50.1 million. Interest income declined mainly due to the effect of higher yielding loans paying off and the lower average balance of loans compared to the prior quarter. The Net interest margin had contracted 6 basis points to 2.76% mainly due to the 11 basis point decrease in loan yield that was partially offset by an 8 basis point decrease in our cost of deposits, and a 16 basis point increase in the yield on investment securities.

Additionally, OPB has declared a quarterly cash dividend of $0.11 per common share payable on February 20, 2020 to common stockholders of record as of February 6, 2020, and a common-equivalent payment to its Series A Preferred stockholders.