Steel Dynamics, Inc. (NASDAQ: STLD) stock rose 4% in the pre-market session of 23rd January, 2020 (Source: Google finance) after the company posted better than expected results for the fourth quarter of FY 19. STLD for the fourth quarter has reported the adjusted net income was $134 million. The company had generated solid fourth quarter 2019 cash flow from operations of $409 million and executed its inaugural investment grade notes offering.  The company had issued $400 million of 2.800% notes due 2024 and $600 million of 3.450% notes due 2030. STLD will be using the proceeds for the repayment of $700 million of its existing 5.125% senior notes due 2021 and for other general corporate purposes.  These transactions extended the company’s overall debt maturity profile and will reduce annual interest costs. 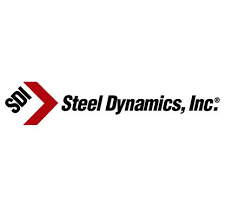 Moreover, the company has reported Fourth quarter 2019 operating income for the company’s steel operations of $201 million, which is 16 percent lower than sequential third quarter results, based on two planned steel mill outages, seasonally lower shipments and metal spread compression.  The company has completed significant planned maintenance outages at both its Butler and Columbus Flat Roll divisions, which resulted in increase in costs by an estimated $15 million and reduced flat roll shipments during the fourth quarter.  The fourth quarter 2019 average external product selling price for the company’s steel operations declined $45 sequentially to $764 per ton. Further, the company has reported the fourth quarter 2019 operating income from the company’s steel fabrication operations of $33 million, remaining steady with strong sequential earnings of $35 million. The company had record quarterly shipments substantially which had offset the impact of marginal average price declines.  The steel fabrication platform’s order backlog remains strong, and customers is optimistic concerning construction activity.

Additionally, going forward, North American steel consumption is expected to experience modest growth and will be supported by further steel import reductions and the end of steel inventory destocking.

In addition, the company is excited about the Sinton, Texas flat roll steel mill project, and the associated long-term value creation it will bring through geographic and value-added product diversification.