Steelcase Inc. (NYSE: SCS) stock rose over 4.8% in the pre-market session of December 18th, 2019 (Source: Google finance) as the company posted better than expected results for the third quarter of FY 20. The company has delivered the gross margin of 33.1 percent in the third quarter, which reflects an increase of 220 basis points compared to the prior year. This is due to a 210 basis point improvement in the Americas (including 160 basis points attributable to the pension charge in the prior year) and a 350 basis point improvement in EMEA.  On a consolidated basis, the improvement was on the back of pricing benefits, lower commodity costs, and higher absorption of fixed costs, partially offset by unfavorable business mix. Total liquidity, comprised of cash, cash equivalents and the cash surrender value of company-owned life insurance, totaled $527.6 million and total debt was of total $484.1 million at the end of the third quarter. 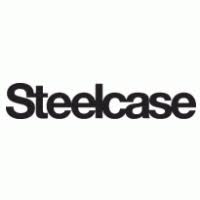 Additionally, the company has declared a quarterly cash dividend of $0.145 per share, which is payable on or before January 13, 2020, to shareholders of record as of December 27, 2019.

For fiscal 2020, the company expect revenue to be approximately $3.7 billion, with revenue in the fourth quarter expected to be in the range of $905 to $930 million.

Meanwhile, the company today has appointed Catherine “Triona” C.B. Schmelter to its board of directors.