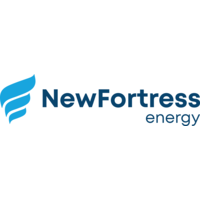 Moreover, the company has taken fully underwritten commitment for $180mm in financing to complete the construction of the Jamalco CHP Plant. Cash on hand, including restricted cash, as of June 30, 2019 was $258mm which, combined with expected cash flows from operations and expected new financing to complete the Jamalco CHP Plant, is expected to fully fund all downstream Committed project costs.

Additionally, the micro fuel handling facility in San Juan, Puerto Rico is expected to commence commercial operations in Q4 2019. Total Committed volumes are of 2.6mm gallons per day as of Q2 2019, an increase from 1.0mm GPD in Q2 2018. NFE had 14 projects under development with total remaining project cost of ~$282mm, as of Q2 2019.

Meanwhile, NFE has signed a memorandum of understanding (MOU) with the Angolan Ministry of Mineral Resources and Petroleum, Ministry of Energy and Water and Ministry of Finance for the development of a liquefied natural gas (LNG) terminal to supply natural gas to Angola for power generation. Under the MOU, New Fortress would fund, build, and operate an LNG import and regasification terminal and supply gas to power and industrial facilities across Angola and work with the Ministry of Mineral Resources and Petroleum to explore the development of additional indigenous natural gas resources and a domestic liquefaction facility.