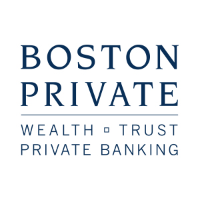 On the flip side, the Company’s reported financial results declined year-over-year mainly due to a gain on sale related to the divestiture of Bingham, Osborn & Scarborough LLC (“BOS”) in the fourth quarter of 2018. The company has reported the net interest income for the fourth quarter of 2019 of $56.1 million, which was flat linked quarter and a 6% decline year over-year.  Core net interest income, which excludes interest recovered on previous nonaccrual loans, was also flat linked quarter and declined 5% year-over-year.  The linked quarter comparison was positively affected due to lower deposit costs, lower borrowing costs, and lower borrowing volumes, while it was negatively impacted by variable rate loans repricing lower. The Company’s Core net interest margin contracted by 1 basis point on a linked quarter basis to 2.70% as net interest income was flat and interest-earning assets grew 1%.

Total net flows were negative $209 million during the fourth quarter of 2019, of which $114 million were due to the Wealth Management and Trust segment. Further, the average total loans in the fourth quarter of 2019 rose 4% year-over-year, while remaining flat linked quarter.  Linked quarter averages were affected due to commercial real estate growth and increased line of credit borrowings (included in Commercial and industrial loans), which was partially offset by a residential loan sale of $100 million during the fourth quarter. The average total deposits grew 1% year-over-year, mainly due to an increase in money market accounts, which was partially offset by a decline in demand deposit accounts and certificates of deposits.  The decline in certificates of deposit was on the back of the run-off of brokered certificates of deposits, which decreased $135 million year-over-year or 2% of fourth quarter 2018 total deposits.