Charles Schwab Corporation Common Stock (NYSE: SCHW) stock rose 0.6% on 16th October, 2020 (as of  10:58 am GMT-4; Source: Google finance) after the company has beaten the earnings estimates for the third quarter of FY 20. The results were undermined by the recently completed TD Ameritrade acquisition as now the company has tremendous reach of approximately $6 trillion in client assets and 28 million brokerage accounts. The company reported its net income for the third quarter of 2020 was $698 million compared with $671 million for the second quarter of 2020, and $951 million for the third quarter of 2019. Despite turbulent environments, the company maintained the disciplined approach to balance sheet management, with considerable allocations to investment securities carrying a U.S. government or agency guarantee. Currently 85%-90% of the bank’s investment portfolio is backed by such protection. 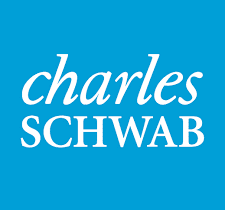 Meanwhile, throughout the third quarter, the equity markets moved upwards while both short and long-term interest rates remained under pressure. During the period, the company witnessed $51.2 billion in net new assets, despite seasonal tax outflows in July from a delayed tax filing deadline. There has been an $8.5 billion inflow to the Advisor Services business related to closing the Wasmer Schroeder transaction for the quarter, core net new assets totaled $42.7 billion, which brought year-to-date core net new assets to $162.5 billion, representing a 5% annualized organic growth rate. New brokerage account formation was also decent as 592 thousand new accounts opened during the quarter, and the company ended the period with a record 14.4 million accounts, which represents an increase of 19% year-over-year. The company’s clients continued to be highly engaged with their investments as daily trades averaged 1.5 million in the third quarter, which is modestly down from the peak activity observed throughout the first half of the year, but still up 103% over last year’s third quarter. However, the total client assets at the end of the quarter stood at $4.40 trillion, up 17%.

SCHW in the third quarter of FY 20 has reported the adjusted earnings per share of 51 cents, beating the analysts’ estimates for the adjusted earnings per share by 4 cents. The company had reported 9.7 percent fall in the adjusted revenue to $2.45 billion in the third quarter of FY 20, which is in line with the analysts’ estimates for revenue of $2.45 billion. This is due to weak investment income and market share losses to a new generation of broker-dealers catering to the needs of younger investors.